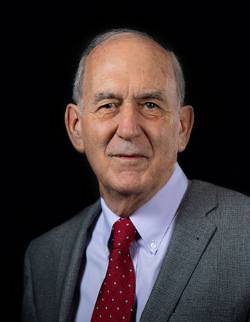 Robert Finfrock is chairman of FINFROCK, a vertically-integrated, single-source design-build company. He also is a founder of FINFROCK Technologies, a developer of 3D modeling, communication, and electronic work instruction software for the precast/prestressed concrete industry. In 2020, Mr. Finfrock celebrates the 75th anniversary of FINFROCK as well as his 55th year with the company.

By totally integrating real estate development, architecture, engineering, general contracting, structural assessments, maintenance, and precast concrete manufacturing within one firm, Mr. Finfrock created a company that is unique in the construction industry. This approach allows the company to deliver buildings as a product rather than a series of services. The principles he uses in his own business are the basis for a competitive business strategy book he co-authored, Beyond Price.

Mr. Finfrock served as chairman of the Precast/Prestressed Concrete Institute and is a Fellow of both the American Concrete Institute and the Precast/Prestressed Concrete Institute, which named him a “Titan” of the industry and one of its 50 most influential people of the past 50 years. He is an active participant, leader and speaker in many local, professional and industry organizations and a member of a variety of governing boards. He also served as chairman of the Orlando Science Center’s Board of Trustees.

He earned a bachelor of engineering degree in civil engineering from Vanderbilt University and an MBA from Rollins College Crummer Graduate School of Business. Mr. Finfrock holds Professional Engineer and Certified General Contractor licenses in Florida.

A Winter Park, Fla., native, his family includes his wife Ginny, BSN‘64, four children and nine grandchildren. The Finfrock legacy at Vanderbilt spans nearly 60 years including his granddaughter, who is expected to graduate next year with her degree in civil engineering.