During the first year of the Destination Vanderbilt: Computer Science initiative, we hired eight new faculty members, seven of whom are at the Assistant Professor and one at the Full Professor rank. Three of the eight faculty are female which is an underrepresented group in CS and engineering. 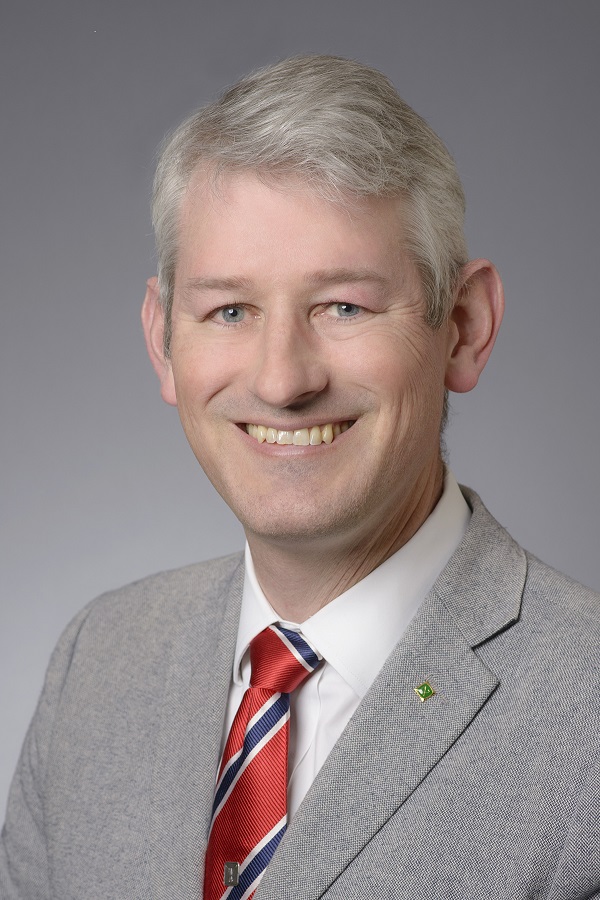 Jonathan Sprinkle (Professor of Computer Science) earned his PhD in Electrical Engineering from Vanderbilt University in 2003. Before joining Vanderbilt, he was the Litton Industries John M. Leonis Distinguished Associate Professor with tenure and the Interim Director of the Transportation Research Institute at the University of Arizona. Dr. Sprinkle’s research focuses on two main areas: model-based design of cyber-physical systems and new generation transportation in smart and connected communities. His primary application domain is connected and autonomous vehicles and their impact of traffic flow. His work has appeared in the key publication venues of the CPS and automation and control communities and in publications of the transportation community. He has published over 30 journal papers, as well as nearly 100 conference papers. His scholarly work has been recognized by several awards, including NSF CAREER Award (2013), as well as other institutional faculty awards. He received the UA Catapult Award for entrepreneurship in 2014, was named a Distinguished Associated Professor in 2015 by the ECE Department at the University of Arizona, won two best paper awards (2018 IEEE Vehicular Networking Conference, and 2020 Transportation Research Part C), and in 2020 was named a Distinguished Scholar by the Provost of the University of Arizona. He served as a Program Director in a number of highly visible National Science Foundation (NSF) programs from 2017 to 2019, including the Cyber-Physical Systems (CPS) program, the Smart and Connected Communities (S&CC) program, the Research Experience for Undergraduate programs, the Formal Methods in the Field program, and the NSF CAREER program. In 2021, he received a commendation from the NSF Director for service to the COVID-19 Working Group. 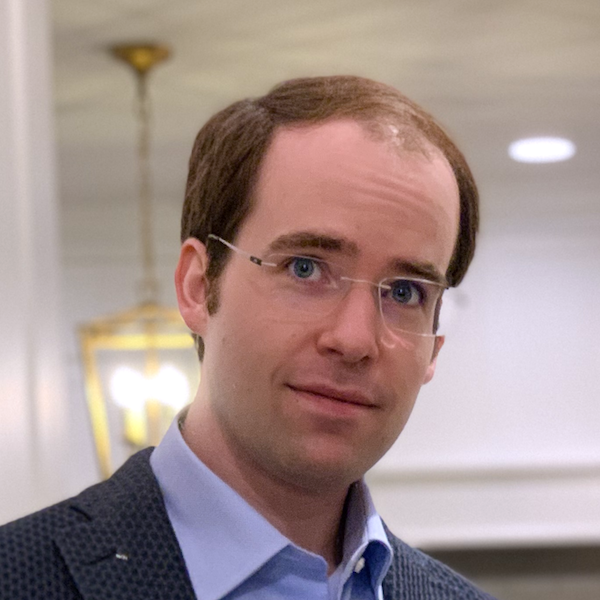 David Hyde (Assistant Professor of Computer Science) completed his PhD in Computer Science in 2019 at Stanford University. Before joining Vanderbilt, he was a Postdoctoral Scholar and an Assistant Adjunct Professor at the Mathematics Department at UCLA. David’s research is in physical simulation, learning, and real-world data. He uses experimental results which can directly and automatically drive improved and novel physical simulations.  Such simulations can make predictions with unprecedented scale, complexity, and accuracy for the analysis and design of next generation systems. While his core focus is on computational physics, numerical methods, and learning, he has published on scientific visualization in virtual reality, low-level computer memory management, and other such diverse topics in Computer Science. David has already an impressive publication record with 19 full-length publications at top-tier journals and conferences in computational physic, graphics and other areas of Computer Science. As a PIC Assistant Adjunct Professor at UCLA, he earned a perfect teaching evaluation score. His accomplishments include 2 patents issues in quantum computing and considerable software development experience in industry. He has received multiple awards including the Gerald J. Lieberman Fellowship for outstanding research, teaching, and service at Stanford and a best paper honorable mention award at CHI 2020, the premier conference on human factors in computing systems.

Forrest Laine (Assistant Professor of Computer Science) earned his PhD in EECS in 2021 at UC Berkeley. He developed methods for finding equilibria of dynamic games, with applications to game-theoretic motion planning for autonomous vehicles, efficient algorithms for real-time trajectory optimization and multi-object tracking, and methods for estimating uncertainty in data-driven perception systems, and accounting for that uncertainty in decision-making modules. From an experimental perspective, he has validated his research results by developing experimental unmanned aerial vehicles (UAVs). Forrest has a strong record of 9 full-length publications published and submitted in high-impactful journals and conferences. He has also received multiple awards for his teaching and service from the EECS department at UC Berkeley. His research matches the targeted areas of the CS search that include (1) Autonomous and intelligent human-AI-machine systems and (2) computing and AI for healthcare focusing on medical robotics, surgery, and interventional technologies in general.

Jie Ying Wu (Assistant Professor of Computer Science) completed her PhD in Computer Science at Johns Hopkins University in 2021 and she will join Vanderbilt in January 2022. Her research interests are in the area of medical robotics. In particular, she focuses on using machine learning techniques to transform surgical robots from a teleoperated tool to an intelligent assistant. Jie Ying has a strong record of 9 full-length publications at top-tier venues and she has won multiple awards. Her work on leveraging vision and kinematics data to improve realism of biomechanic soft tissue simulation for robotic surgery received the audience award at the International Conference on Information Processing in Computer-Assisted Interventions (IPCAI 2020). In addition, she was part of a Johns Hopkins team that received a Kaggle COVID-19 Dataset Award for informing the United States’ response to COVID-19.

Kevin Leach (Assistant Professor of Computer Science) is a Senior Research Fellow in Computer Science and Engineering at University of Michigan and he will join Vanderbilt in January 2022. He received his PhD in Computer Science in 2016 from University of Virginia. Kevin is an interdisciplinary researcher combining systems security and dependable autonomous systems focusing on robust computer system design. He has leveraged hardware support and trusted execution environments to develop frameworks and techniques for robust and faithful system analyses to understand and defend against advanced evasive malware and he has developed techniques to detect and remove vulnerabilities from intelligent autonomous systems and large-scale cloud infrastructure. Recently, he used functional Magnetic Resonance Imaging (fMRI) to conduct studies of human subjects to understand cognition associated with developer decision-making. Kevin has already an impressive record of scholarship, teaching, and service. He has 32 full-length publications at top-tier venues in cybersecurity and dependable systems. He has received best paper awards (ICSE 2019, DSN 2020), and best presentation awards (GI 2019). He has contributed to and submitted proposals that have been funded resulting in 6 grants of $7.4 total funding. He has significant experience mentoring graduate and undergraduate students. He has taught 6 undergraduate classes including core CS classes such compilers, computer organization, software engineering, web systems, conversational artificial intelligence, and databases. 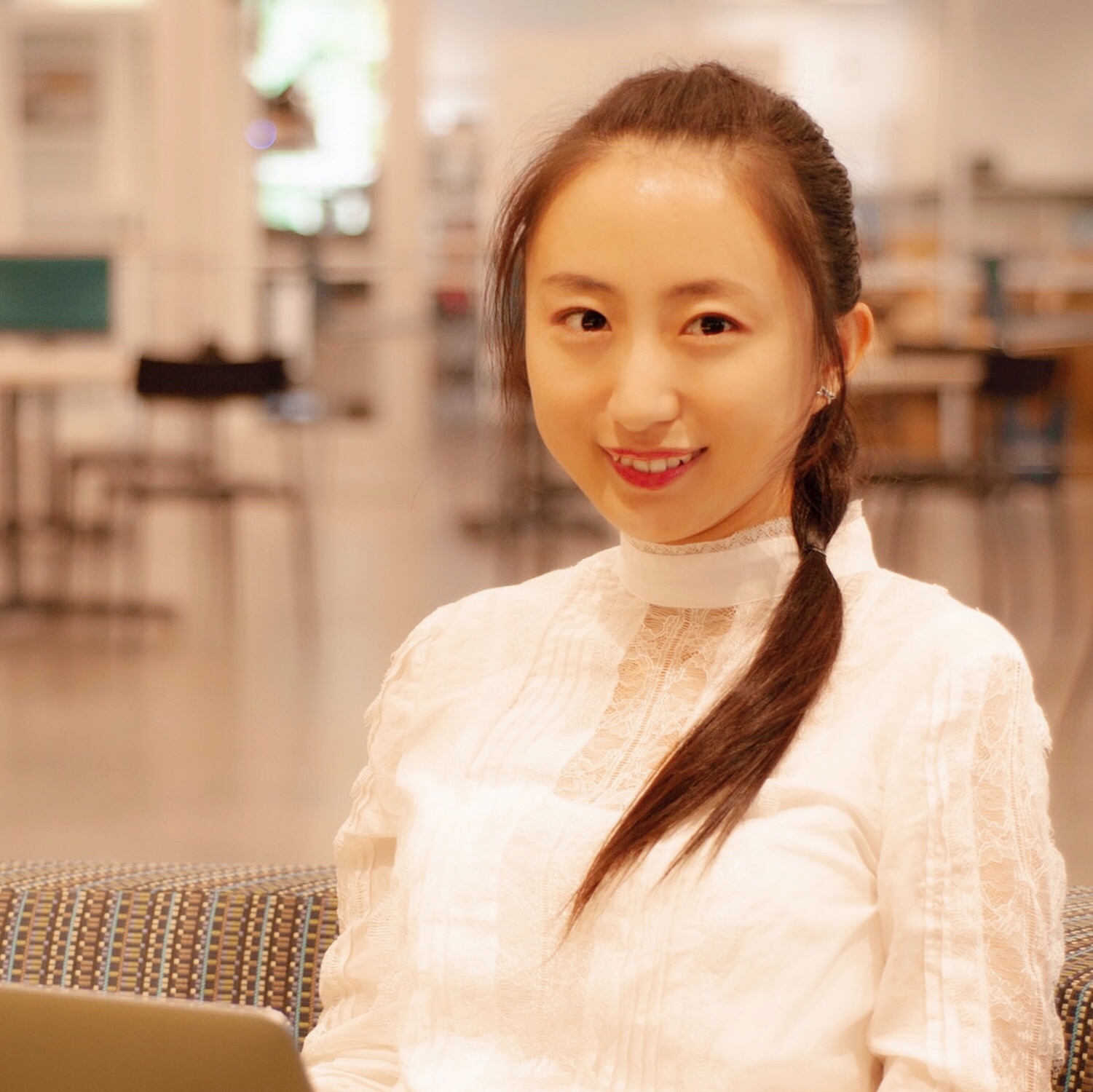 Meiyi Ma (Assistant Professor of Computer Science) completed her PhD in Computer Science at University of Virginia in 2021. Her research aims to develop rigorous and robust AI towards real-world social-aware human-in-the-loop CPS and IoT by integrating formal methods and machine learning. She has developed novel formal logic-based learning frameworks to verify and guide deep learning models, and developed decision support systems for integrated IoT services in areas of smart cities and healthcare. Meiyi has an impressive record of 20 full-length publications at top-tier venues in CPS and machine learning. She has received multiple research awards and she was selected for Rising Stars in EECS at UC Berkeley in 2020 (Rising Stars in EECS is an intensive workshop for women graduate students and postdocs who are interested in pursuing academic careers in electrical engineering and computer science.) 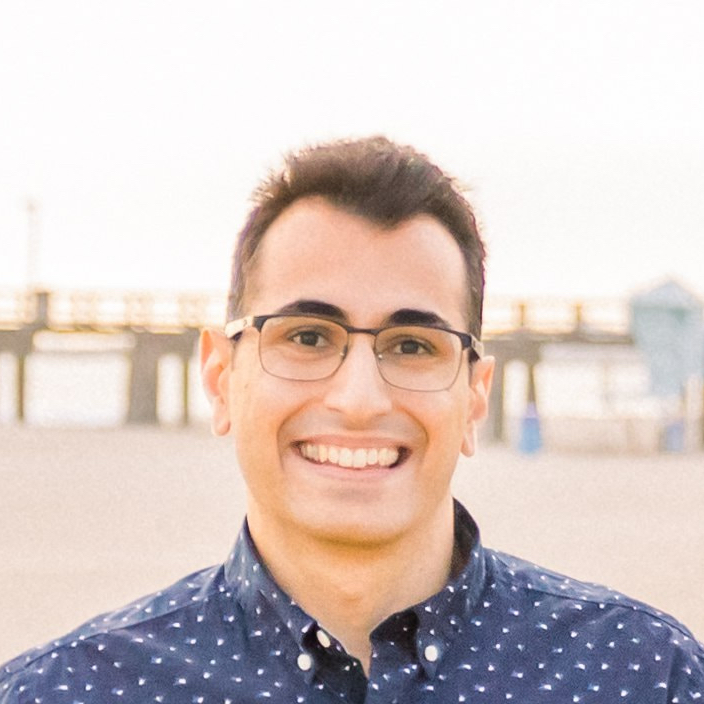 Soheil Kolouri (Assistant Professor of Computer Science) was a Principal Machine Learning Scientist at HRL Laboratories, LLC, Malibu, CA, focusing on various aspects of deep learning. He received his PhD in Biomedical Engineering in 2015 from Carnegie Mellon University (CMU). Between 2015-2016, he was a postdoctoral scholar at CMU focusing on transport-based pattern recognition and image modeling approaches for automated analysis of histopathology, MRI, and fMRI images. Soheil’s research addresses the ever-increasing demand for automated understanding of data and predictive/generative modeling in real-world problems with a focus on biomedical signal and image analysis. He develops practical Machine Learning (ML) and Computer Vision (CV) solutions for challenging problems and he emphasizes the application of optimal transport theory and its numerous applications in ML. His research aims to address deficiencies in current ML that rely on abundant, high-quality, human-annotated data, are not understandable by the user, and are vulnerable to small perturbations. Soheil has already an impressive record of scholarship. He has over 40 full-length publications including 13 journal articles and 25 conference papers at top-tier venues in the area. He has contributed to numerous DARPA proposals in ML, and has successfully secured a total of nearly $15M in funding as a PI including 3 large DARPA projects. At HRL Laboratories, he was mentoring PhD students from top universities during their internships. He has experience teaching classes in biomedical imaging and analysis as co-instructor with excellent evaluations. His accomplishments include 6 patents issues in 2020 and 12 patent applications pending. 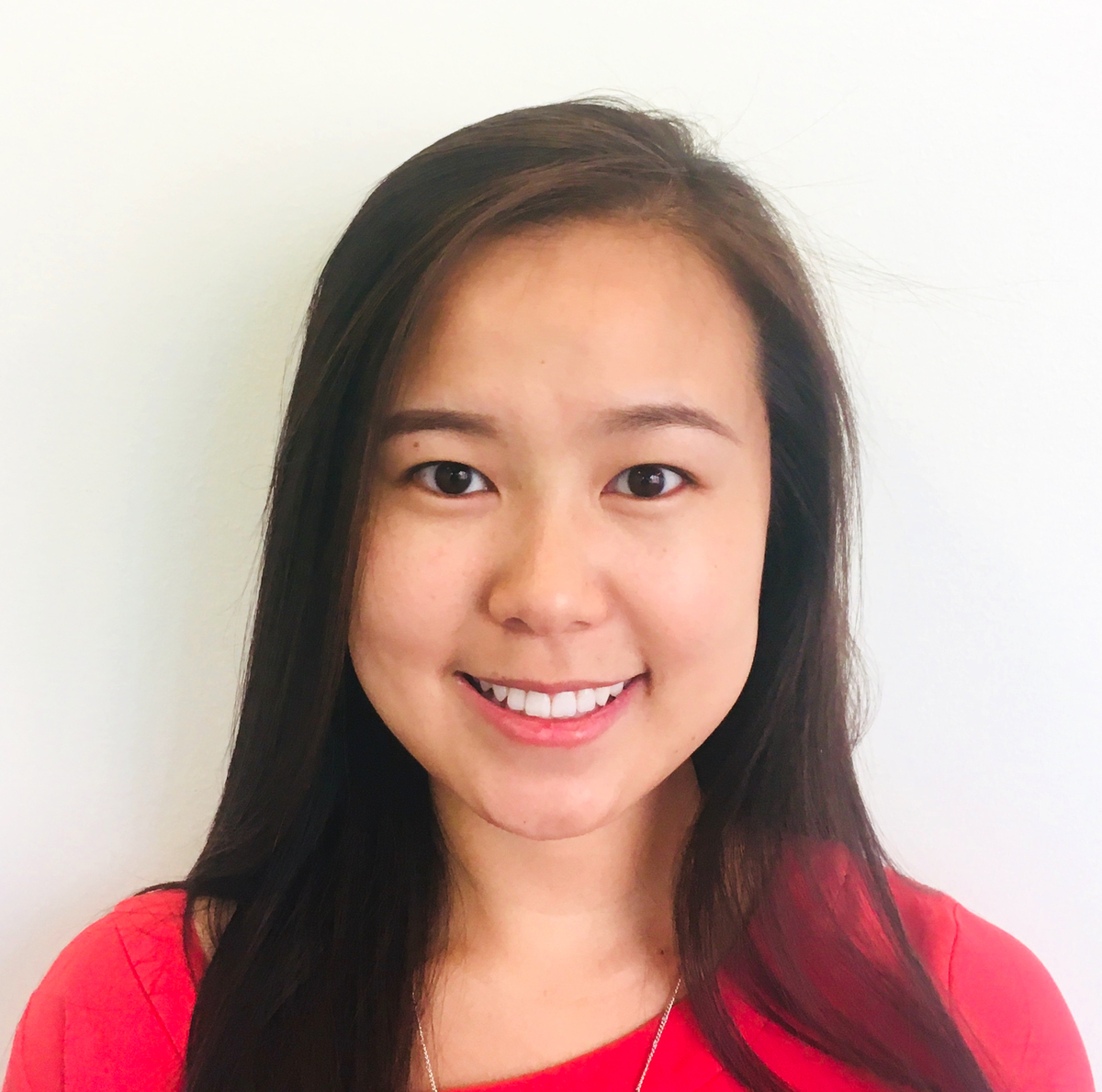 Yu Huang (Assistant Professor of Computer Science) earned her PhD in Computer Science and Engineering in 2021 at University of Michigan and she will join Vanderbilt in January 2022. Yu’s research interests are primarily at the intersection of software engineering and cognitive science. She has pioneered a novel research direction by conducting neuroimaging studies to understand the cognitive processes by which novices and experts comprehend software code. Her research results have been published in top-tier conferences. She has an impressive publication record of 22 peer-reviewed publications at ACM and IEEE international venues, such as International Conference on Software Engineering (ICSE), Foundations of Software Engineering (FSE), and Pervasive and Ubiquitous Computing and Wearable Computers (UbiComp). ICSE and FSE are the top conferences in software engineering. Her publications include articles in psychology and hardware such as the Journal of Medical Internet Research (JMIR) and Field Programmable Logic and Applications (FPL). Yu’s work on “Neural Representations of Data Structure Manipulation Using fMRI” received the ACM SIGSOFT Distinguished Paper Award (ICSE’19). She has received multiple research awards and fellowships from Google, the University of Michigan, and the University of Virginia. She was selected for Rising Stars in EECS at UC Berkeley in 2020.