An exciting component of the DARPA-funded Adaptive Vehicle Make (AVM) project at ISIS is an undergraduate design contest, called the Model-Based Amphibious Racing Challenge (MBARC), which marked the first official test of the AVM design methods. Using early components of the OpenMETA design tools developed as part of the AVM project, students from participating universities validated the computational methods and the specific tools, all while making a small amphibious vehicle. 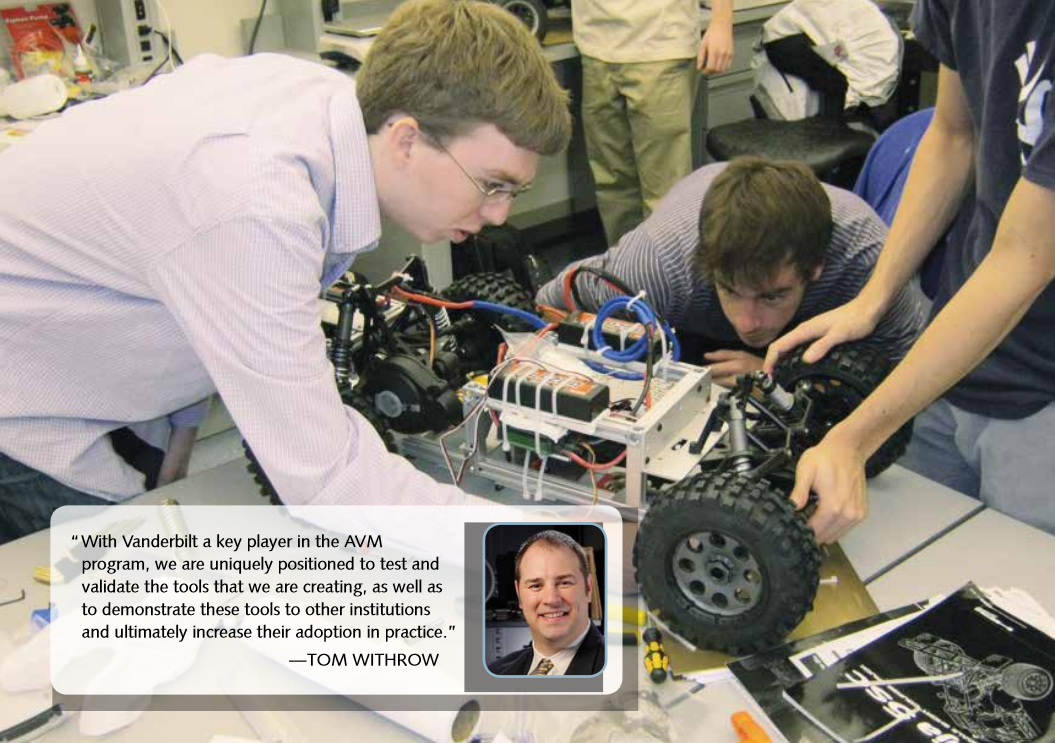 Using model-integrated computing methods, the MBARC students are challenged to come up with truly novel designs that can be fabricated quickly. This first year included participants from three universities Vanderbilt, MIT, and the University of California at Berkeley with plans to expand to more universities next year.

"With Vanderbilt a key player in the AVM program, we are uniquely positioned to test and validate the tools that we are creating, as well as to demonstrate these tools to other institutions and ultimately increase their adoption in practice," says Tom Withrow, assistant professor of the practice of mechanical engineering.

The META tools are meant to create a complex design in a shorter time frame. The initial focus is military applications, but the longer-term goal is dual use for civilian projects. The challenge from DARPA is to create tools to eliminate multiple iterations of the design-build-test-redesign cycle.

At Vanderbilt, the MBARC design project takes place in a class where undergraduate students learn about the cyber-physical systems design methods being created at ISIS, explains Withrow, who is running the Vanderbilt project design team. Sandeep Neema, ISIS senior research scientist and research associate professor of electrical engineering and computer science, is principal investigator for MBARC. 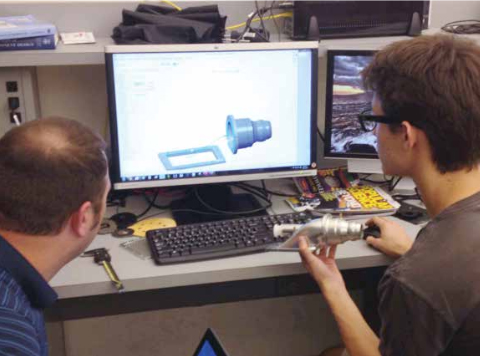 The AVM project has already inspired significant student participation at Vanderbilt. In summer 2011, four undergraduate students from Vanderbilt's School of Engineering collaborated on the initial cyber-physical systems modeling of an armored personnel carrier. During the 2011/12 school year, fifteen students worked on creating the first full-featured prototype using system-based architecture. This electromechanical vehicle was a 1:5 scale, radio-controlled car formed in the CyPhy laboratory on the Vanderbilt campus in Featheringill Hall. Forty more undergraduate students from multiple universities furthered these efforts during 2012 at ISIS.

"What we've done is model an industrial setting in the midst of an academic environment so that students get real-world engineering experience. MBARC is enabling effective cross-pollination of interdisciplinary research," explains Ryan Wrenn, an ISIS staff engineer who works with the undergraduates.

The real-world experience was the hook for Phil Ingram, a mechanical engineering undergraduate from Denver, Colorado, who took a job at OSIsoft in San Leandro, California, after graduating from Vanderbilt in 2012. He jumped at the chance to spend more time with computer modeling in the spring of his senior year "learning a subset of skills that we can apply to future jobs," Ingram said.

The hope is that undergraduates will be inspired by the work to join the next generation of manufacturing and design innovators. "This kind of multi-systems engineering is the future of engineering," Withrow said, "and these undergraduates at Vanderbilt are an integral part of the design process."