Detecting and accurately locating snipers has been an elusive goal of the armed forces and law enforcement agencies for many years. Prior counter-sniper efforts at ISIS and elsewhere focused on special-purpose hardware and software that displayed the location of enemy shooters. ISIS engineers have recently invented a next-generation counter-sniper mobile app for commodity Android smartphones that has reached the final testing phase.

Called the Shooter Localization with Mobile Phones (SOLOMON), this mobile app collects sound waves through microphones mounted on soldiers' headsets. These measurements are then used to determine precise enemy shooter location data that are displayed on the soldiers' phones via Google Maps. The system can also determine the precise trajectory of the bullet, as well as the type of rifle that fired it. 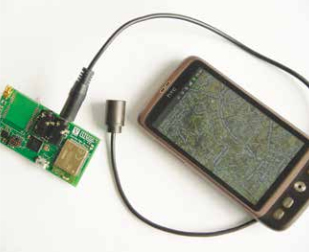 The human ear is easily fooled by echoes. For example, soldiers in urban environments or in rocky, mountainous terrain often cannot tell the direction of incoming fire until they actually see the enemy. A system like SOLOMON can determine the source of the very first shot, enabling a quick reaction. A fast response can mean the difference between life and death, explained Akos Ledeczi, associate professor of computer engineering and senior research scientist at ISIS. Ledeczi, together with research scientists Peter Volgyesi and Janos Sallai, comprised the ISIS team that developed the SOLOMON application under DARPA funding.

"The novel ideas behind SOLOMON allowed placing fewer and smaller microphones on headsets already worn by soldiers to communicate with each other and their operating base," Ledeczi explained. The smartphones are networked together so data can be fused from multiple units, filtering out echoes and other unrelated sounds. Location data is then processed and displayed directly on the phones.

A small company has licensed the technology and is preparing the system for production and sale, according to Ledeczi. The key element of the SOLOMON technology namely, that it is the first system to rely on the duration of the boom from supersonic rifle shots, and not just the arrival time, to determine shooter location has also been patented.

While the SOLOMON technology can save soldiers' lives on the battlefield, the innovative ideas behind the project also have implications for civilian safety. ISIS engineers are testing ways to use ultrasonic waves from vibrations to determine when a structure—a bridge, for example—may need repairs. Such early detection methods could potentially avert major disasters with minor repairs.

The SOLOMON shooter location system is just one of many technologies under development in the wireless sensor network group at ISIS. For example, a novel software defined radio is being developed under NSF funding that allows researchers to experiment with novel wireless communication protocols that consume considerably less power than conventional radios. Currently, comparable equipment requires wall power or large batteries that would still run out of power in an hour. The new technology makes it possible to run outdoor experiments for hours using conventional AA batteries. 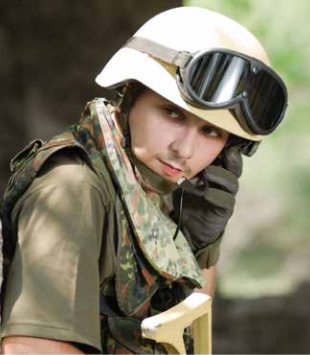 The group is also working on a novel, GPS-based localization technology that provides much higher accuracy than what is feasible today. The underlying idea is to allow nearby GPS receivers, such as mobile phones, to share their GPS data with each other and then use that data to cooperatively compute the ranges between the receivers. The goal is to determine the relative locations of the mobile devices at centimeter-scale accuracy to enable such applications as collision avoidance or platoon control for driverless cars, distributed mobile sensor arrays, or an urban guidance system for the visually impaired. The approach will come in handy for the SOLOMON project as well. This research is sponsored by NSF and a 2012 Google Research Award.

"We are truly honored to have received this award from Google. They get thousands of submissions each year from around the world but fund only a handful of them," explained Ledeczi. "ISIS is the ideal location for developing innovative technologies due to the critical mass of researchers and engineers working on similar problems." Just steps away from his office are other engineers who can assist in hammering out solutions to hard problems, such as how to distinguish echoes from line-of-sight sounds. He explained, "This is not just engineering in theory—we are creating things that never existed before."