Our connected, high-tech world brings innovation and new frontiers, but it also generates needs for security. Today's vehicles and armaments are more complex and can fail in more complicated ways. Smaller electronic components are susceptible to even smaller disruptive electronic forces. Hackers are always trying to get one step ahead of computer networks. Faculty throughout the Vanderbilt University School of Engineering continue to look far ahead in the areas of risk and reliability, secure systems, radiation effects, cyber-physical systems, electronics and defense.

You might not find the "the science of risk" in the encyclopedia under sciences, but it's the science that could predict if your vehicle was about to need repair or that the rotor on a military helicopter
was near its breaking point. 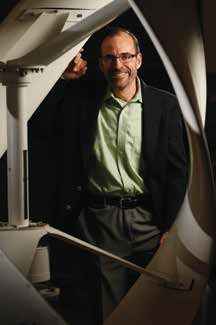 the science of risk. He came to Vanderbilt in July from Purdue University, joining some of engineering's top experts in aspects of risk to the built and natural environment.

Vanderbilt offers a one-of-a-kind multidisciplinary option in reliability and risk engineering and management as part of its civil engineering doctoral program. Adams says he considers this the best group in the world studying risk.

Vanderbilt engineers conduct pioneering work on the risks of failure in materials and civil infrastructure such as nuclear power plants, transportation systems and cyber-physical systems, as well as in the environmental risks of energy production and extreme weather events, using multidisciplinary and multiscale modeling approaches.

Adams believes their strengths and his are complementary. He conducts full-scale dynamic experiments to discover which sensors and signatures are first to warn of impending failure in a variety of structures in the built environment, specifically aircraft, automobiles, military platforms and power machinery.

The value of his work can be seen in a variety of areas, but none more critical perhaps than in national security. Military experts estimate that it takes billions of dollars to repair and replace 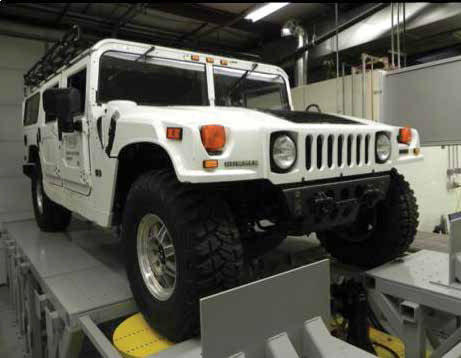 Humvees, tanks and helicopters after service in places like Iraq and Afghanistan. When aging but vital equipment can be evaluated and proactively maintained, it saves cost—and lives.

Because Adams' work requires full-size structures, vehicles and equipment, his lab will soon be home to a 550-square-foot wind turbine test chamber, a military helicopter and a Hummer. Currently under construction, the 20,000-square-foot lab will hold more than $8 million in equipment, including electrohydraulic vehicle simulators, wind turbine dynamic test rigs, a 3-D laser velocimeter and systems for digital and infrared imaging that will allow Adams and his fellow researchers to assess how structural elements behave under real-world conditions. The high-bay facility will measure 27-feet from floor to ceiling and also include one-of-a-kind test beds for multimodal sensing of materials and machines.

Adams says that Vanderbilt is the only university he knows of that will employ a one-megahertz 3-D scanning laser velocimeter. The velocimeter will allow the researchers to scan a 140-foot-long aircraft in minutes and find defects in the material that are less than 1-inch in diameter—even when those defects are deep beneath the surface. He'll also use it to search for defects in the material of a wind turbine blade as it oscillates up to 1 million times each second.

Adams' research is supported by the U.S. Army, Navy, Air Force and Marines, and he partners with several large defense contractors and equipment manufacturers throughout the country.

Whether it's a consumer using a smartphone or a national agency dealing with sensitive electronics, security matters to individuals, government, institutions and businesses. Engineers at Vanderbilt's School of Engineering are at work on projects that anticipate and find solutions to security challenges. 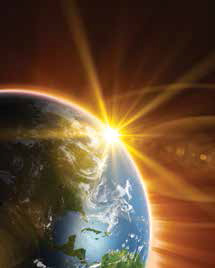 Small Size, Potentially Big Problem
Contrast the almost-shoebox size of a cellphone back in 1990 with the size of a smartphone today. As phones and other electronics have shrunk in size, they've expanded in capabilities and ubiquitousness. They've also become more susceptible to malfunction due to neutrons released from cosmic ray events in the atmosphere.

Vanderbilt's Institute for Space and Defense Electronics has discovered what is possibly a bigger or smaller, depending on how you look at it problem: muons.

Muons are also generated by solar flares and cosmic rays, but previously weren't considered a problem for electronic devices. As semiconductors get smaller below 45 nanometers the devices will become susceptible to muon interference.

While consumers will appreciate more reliable cellphones or tablets, the real benefit will be felt in technology incorporated into space satellites, aircraft, operating rooms and military systems.

Barring the Backdoor
It's every government IT manager's nightmare. The computers or equipment on which employees access confidential, 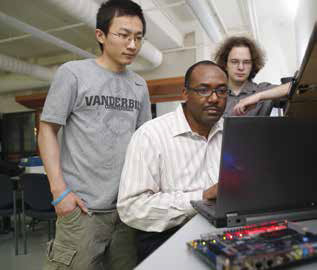 proprietary programs contain an inherent threat—a malicious program or flaw that was installed on a microchip well before the hardware ever reached the office. William Robinson , associate professor of electrical engineering and computer engineering, is working on a DARPA -sponsored project to detect malicious hardware and protect information, systems and national security.

Many semiconductor companies rely on overseas manufacturers to produce their integrated circuits. Unfortunately, that introduces vulnerability into the supply chain—a design could be altered and the change undetected until installed in a key system. Malicious code, spyware, and hidden backdoors leading to a system hijack or a sensitive data leak are just some of the threats Robinson and his team consider. Their work will develop analysis techniques that will allow for the evaluation of potential threats and predict risks in connection with specific integrated circuit manufacturing.

Relatively Cheaply
The Global Positioning System in your car or smartphone is accurate enough to direct you within a few meters of where you want to be, but it doesn't provide the multiple relative locations needed for the next-generation, precise applications required by first responders, surveyors, scientists and the military. More accurate devices are available but very expensive. Ph.D. candidate Will Hedgecock, BE'08, MS'09 , is working under the direction of Associate Professor of Computer Engineering Akos Ledeczi to develop a way to determine centimeter-scale accuracy and locations related to each other among a series of GPS nodes and do it cheaply with existing lowcost GPS receivers.

The project could enable cost-effective technology and applications such as tight formation flying of unmanned aerial vehicles, 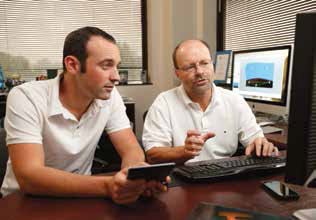 development of guidance systems for the visually impaired, creation of mobile sensor arrays for target tracking and even automated driving of cars. The research involves nodes in a network sharing their raw satellite measurements and using the data to track the relative motions of neighboring nodes. As part of his dissertation, Hedgecock is using a network of Android phones equipped with custom Bluetooth headsets and integrated GPS chips to provide raw measurement data. The work provides centimeter-scale tracking accuracy at an update rate of 1 Hz under various conditions.

Ledeczi is also a senior research scientist at Vanderbilt's Institute for Software Integrated Systems. The research is supported by NSF award 1218710 and also earned a Google Research Award.