Virtually into the Wild Blue Yonder 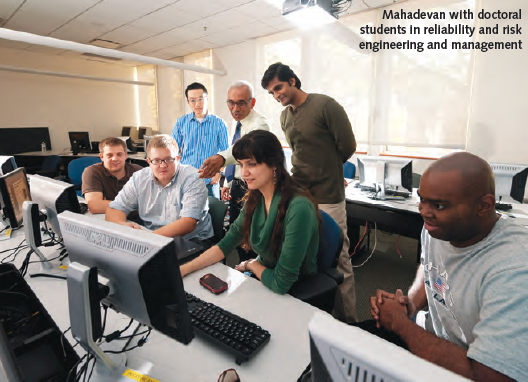 With the U.S. Air Force operating in far-flung regions of the world, a plane out of service can present challenges. Even worse: A plane that is flying but not structurally sound can be deadly.

A virtual replica of an aircraft, however, could anticipate its service needs and lifecycle, minimizing unnecessary hazards. Sankaran Mahadevan, the John R. Murray Professor of Engineering and professor of civil and environmental engineering, aims to create such airplane avatars.

Mahadevan, through his work with the National Science Foundation’s Integrative Graduate Education, Research and Training Program, is directing research that will develop probabilistic models that can anticipate changes in the structural health of an aircraft’s frame based on a number of factors. Since each pilot may maneuver his or her aircraft differently, and because of the vast differences in how a military aircraft is used, any probability modeling must account for significant variations. 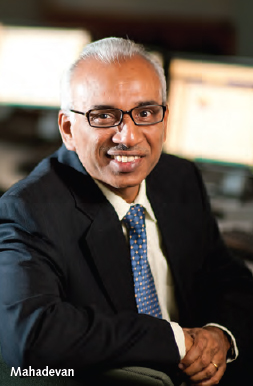 Mahadevan’s research is part of the Air Force’s digital twin program, which will help virtually design and maintain each aircraft in the fleet, predicting its structural integrity and reliability at any point in its life. The digital twin will forecast future maintenance needs by using physics simulations, as well as maintenance and operational data. When fully implemented, the digital twin program is expected to ensure that the fleet is ready to fly—without sacrificing safety.

Working in conjunction with GE, Lockheed Martin Corp. and Wyle Aerospace, Mahadevan’s team is integrating various probabilistic methods computing that accounts for variations and uncertainties—to develop new approaches for predicting airframe problems. The goal is to allow preventative maintenance to be conducted before an aircraft’s structural integrity is compromised.

As this probabilistic technology is refined, it shows promise for systems such as energy storage, thermal protection and avionics.

Since joining Vanderbilt in 1988, Mahadevan has focused his research on reliability and uncertainty analysis methods, structural health monitoring, design optimization and model uncertainty in civil, mechanical and aerospace systems. His work has had broad government funding from entities such as the NSF, NASA, Federal Aviation Administration, U.S. Department of Energy, U.S. Department of Defense, several national laboratories, and corporations like General Motors, Chrysler and Union Pacific.

He is one of the country’s foremost researchers into risk and reliability issues, applying his expertise to structural integrity of systems as disparate as bridges and space shuttles. In 2001, he developed the School of Engineering’s multidisciplinary graduate studies in reliability and risk engineering and management, which began with a grant from IGERT , NSF’s flagship interdisciplinary training program. IGERT works to educate Ph.D. scientists, engineers and educators in interdisciplinary backgrounds. This effort is now self-sustaining with government and private partners funding a myriad of research projects.

Mahadevan’s research into probabilistic technology for the airframe digital twin is funded by the Air Force Research Laboratory.


In our rapidly advancing world, defense, security and the protection of data must always remain top of mind. The School of Engineering is part of the solution with defensefunded
projects and creative initiatives ranging from advances in crime fighting to ensuring the
structural integrity of aircraft.

Rules are Good
In its infancy, the Internet often was compared to the Wild West, since established behavior and rules were lacking. This even translated to new technologies: With everything changing rapidly, there was no guarantee devices would play nice with others.

But as the landscape has shifted into the “Internet of Things” a vast connection of everyday devices linked to each other, and more broadly, to the world rules are needed.

Janos Sztipanovits, director of the university’s Institute for Software Integrated Systems, and other ISIS members are part of a new consortium to develop rules for such connected devices to ensure open platforms allowing for rapid advancements and improved integration.

The Industrial Internet Consortium includes foundations, technology giants and one academic institution: ISIS. ISIS members will play a significant role in the group, using the institute's expansive experience in developing software and tools for sharing. More broadly, much of its
research will help the IIC meet its goal of advancing security issues and building confidence in new products. 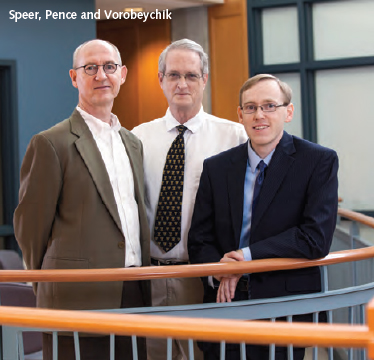 Move Over, Minority Report
About a decade ago, a hit movie featured a police force that could predict crimes and swoop in before they happened. That kind of crime fighting may not be far off if a team headed by Eugene Vorobeychik, assistant professor of computer science and computer engineering, has its way. While the movie cops relied on psychics to determine potential perpetrators, Vorobeychik and his collaborators use data, computing and analysis.

The trans-institutional team of Vorobeychik, Kenneth Pence, associate professor of the practice of engineering management, and Paul Speer, professor of human and organizational development at Vanderbilt’s Peabody College, uses game theory and big data to optimize policing. The researchers use crime data collected by the police and the location of officers at the time the crime occurred. They also use data from property assessors and even weather information, plus some valuable insider insight: Pence is a graduate of the FBI National Academy and a 31 year veteran of the Metropolitan Nashville Police Department.

Using game theory modeling, the researchers can gauge the effectiveness of police patrols and expert opinions of police personnel to assess solutions proposed. Then they will experiment with different techniques in the field, determining the most effective model to be adopted by police. 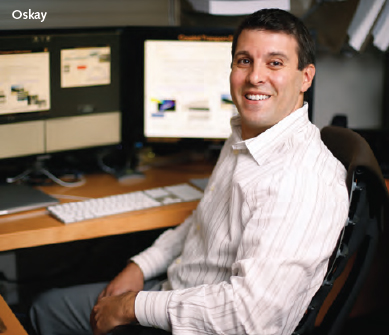 Under Pressure
When the U.S. Air Force aims high, it does so at a high rate of speed. It would like to get even higher and even faster perhaps surpassing Mach 5. But could any plane withstand that level of pressure?

Çağlar Oskay, associate professor of civil and environmental engineering, is using computer modeling to predict structural behavior in the airplanes of the future. Computational modeling is required since the severe environments these planes will operate in can’t be replicated in an experimental setting. Knowing how planes will behave at such intense pressures and for how long is vital to the plane’s structural integrity.

Oskay, a member of the Multiscale Modeling and Simulation (MuMS) research group, is developing methods to predict whether and how these structures can survive in extreme circumstances. The work is funded by the Air Force Office of Scientific Research. 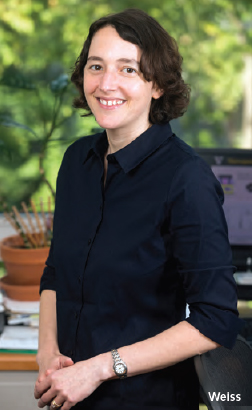 Gold Standard
The world has become a more dangerous place. Lives depend on successful screening for explosives at airports, military bases and other checkpoints. But current methods are costly and cumbersome. And remote locations—which may need screening most of all—don’t have the resources to implement those methods.

Sharon Weiss, associate professor of electrical engineering and physics, has developed a method that is more portable and less expensive. The process uses an ultrathin layer of white gold film that is soaked in a chemical to introduce tiny holes and then imprinted with a periodic pattern. A test sample is dropped on to the gold foil and can be measured with a portable tool. Laser light reflected from the foil contains the necessary information to identify the chemicals in the sample. Even using minute amounts of gold, the surface provides signal amplification of nearly 100 million times.

It’s a far cry from the large-scale spectrometers currently in use at airports to screen baggage. The portability makes for practical application in the field, hospitals, labs or factories. Ease of use means training is simple. And in extremely dangerous situations, even robots could perform the tests, providing an added layer of safety. This work is sponsored in part by the Army Research Office grant W911NF-09-0101.