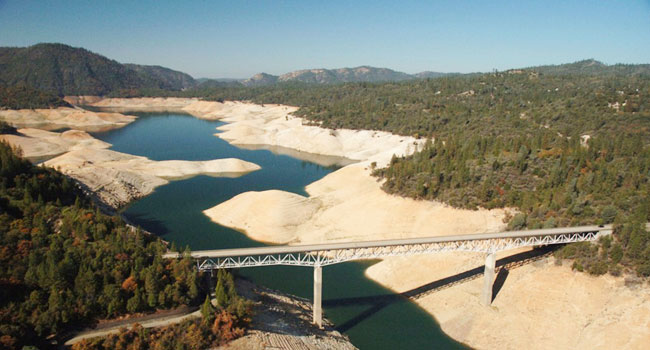 A series of photographs illustrating the damage wrought by California’s drought went viral this year, the link soaring from inbox to inbox.

Water trickling over Folsom Dam rather than gushing. Lake Oroville reduced to an anemic pond. Most of the state dried to a dusty brown rather than a lush green, as viewed from a satellite.

The National Oceanic and Atmospheric Administration catalogs climate data in the historic Palmer Drought Severity Index but only at the relatively large climate division scale—meaning, for example, that Memphis, Tennessee, is in the same division as Cleveland, Ohio, even though their weather can vary significantly.

Duncan frequently used the Palmer drought indices while studying 1,200 years of Pacific Northwest drought patterns and their correspondence with solar cycles. The indices measure drought based on precipitation, temperature and the water-holding capacity of soil.

Duncan and her colleagues wondered if there was a smaller areaat which it was possible to pick up more of the variation. Duncan says that they were concerned about working with too small an area because that would produce too much differentiation for decision-makers. After some analysis, the VIEE team chose to use half a degree latitude by half a degree longitude, or about 875 square miles.

The researchers created an interface where users can plug in the data that the Palmer indices use and calculate their own readings specific to a much smaller area. That means at the city and county level rather than regional.

And what did they find? The picture of drought can look very different when you’re not looking at a huge section of the state at once. 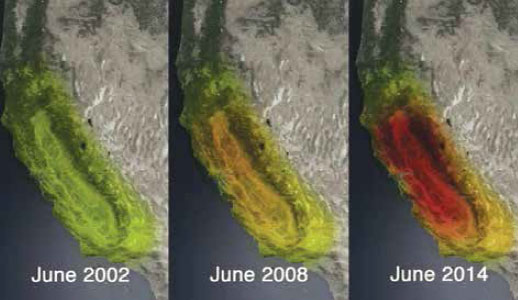 Decision-makers can use the tool the Vanderbilt team created to calculate their own drought indices using local water, temperature and soil. The team located such data for smaller areas nationwide. When they applied their calculations to the Pacific Northwest, for example, they found, in most cases, significant differences between the monthly climate division value for drought and their own value.

He says that this could be an important tool. Government planning officials can use it to order water restrictions for certain areas based on specific conditions indicated by the Palmer index and then follow up using the tool to check week after week.

Research mentioned in this article is supported by NSF awards 1416964 and 1204685, as well as U.S. Department of Energy agreement DE-FC01-06EW07053 and the Environmental Protection Agency.