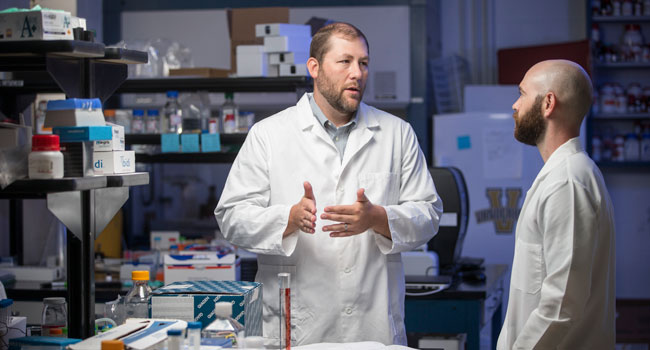 Some people may be overweight their whole lives and never suffer from nonalcoholic fatty liver disease’s most deadly effects—diabetes, cirrhosis, liver cancer and organ failure.

But up to a quarter of Americans do suffer from that underlying condition, mostly due to poor diet and exercise habits. And sometimes the condition develops with no risk factors present at all.

Jamey Young, associate professor of chemical and biomolecular engineering, wants to learn more about what causes the difference. Since he began his research at MIT 10 years ago, he’s discovered two very personal reasons to keep going: his father and brother.

When each had his gall bladder removed, liver biopsies done at the time showed they had fatty liver disease. Young says there’s no FDA-approved treatment for the disease. The best current treatment is to lose weight and exercise more, the same as for other metabolic diseases.

If Young’s research in the School of Engineering can decipher metabolic differences in the livers of those who develop fatty liver disease and those who don’t, the answer could lead to more effective treatment—or even blocking the disease from its start.

People who are obese or diabetic carry high levels of fat in their blood, and the body deposits it in the liver. Metabolic differences determine whether that unhealthy situation leads to severe complications or not, Young says. Elevated liver enzymes in the blood are an early indicator of fatty liver disease, called steatohepatitis in its advanced stages. 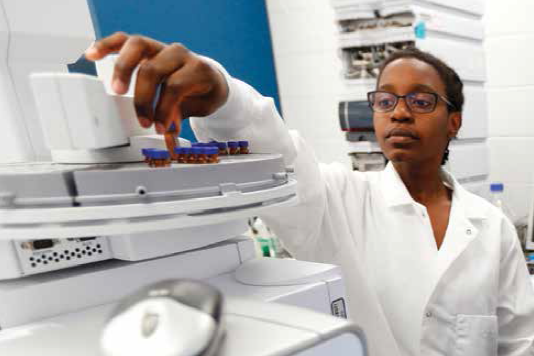 Young’s team is trying to inhibit the production of damaging free radicals in the liver to stop the progression of fatty liver disease. That involves using medication commonly prescribed to treat a different
disorder plus vitamins.

Previous work developing methods of measuring metabolic rates in mice led to Young’s hypothesis for his newest research: Mitochondrial metabolism is overactivated by the presence of fat in the liver, and that leads to the production of free radicals and compounds that damage the liver.

In May, they published a paper on the new measurement methodology in the American Journal of Physiology–Endocrinology and Metabolism. Young’s new project studying metabolic differences that lead to fatty liver disease represents the first major research that will use the new methodology.

Young says he doesn’t think he could do this research anywhere else in the world. He credits the culture at Vanderbilt for being able to obtain NIH funding and to tap into trans-institutional collaboration from the Medical Center.

Top Photo: Professor Jamey Young and researcher Clint Hasenour, PhD’14, work on methods to inhibit the production of damaging free radicals in the liver. The goal is to stop the progression of fatty liver disease. Above right: Graduate assistant Adeola Adebiyi, MS’15, in the Young lab.