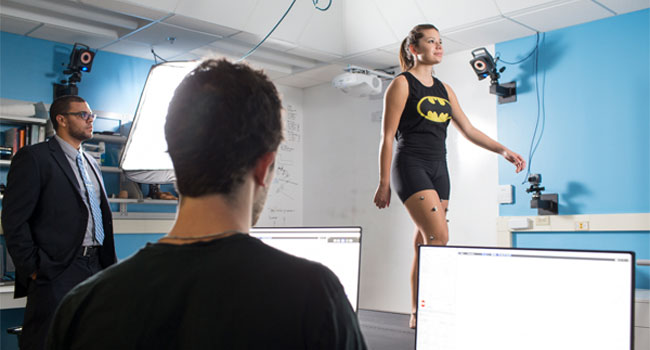 Karl Zelik was drawn to the topic of human locomotion by growing up in a family of four athletic boys. He was a perennial medal winner on the track and field team at Washington University, where he earned his bachelor’s and master’s degrees in biomedical engineering.

At Vanderbilt, he applies both his experience and education to helping people who lose limbs regain mobility.

In his effort to develop better prosthetic limbs, Zelik, an assistant professor of mechanical engineering, had to start with deciphering more clearly how muscles function in walking. His path not only led to a better way of quantifying human locomotion, but also to the discovery that muscles around the hip and in the foot are more important to walking than previously thought. 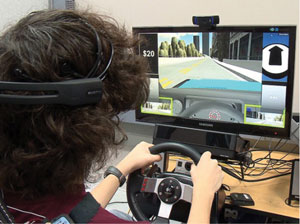 The traditional way to estimate muscle power during walking and running is with three-degreeof-freedom (3DOF) inverse dynamics, a mathematical calculation of how muscles and tendons generate forces to rotate the body’s limbs.

But when Zelik applied those calculations to previously collected data, he realized there was a large discrepancy. Based on 3DOF estimates, total muscle power generated by the body was 25 percent too low, meaning these estimates could not explain the kinetic and potential energy changes of the body over a stride cycle. Basically, 25 percent of walking movement could not be explained biomechanically.

To understand why, Zelik and his team recruited 10 healthy subjects, placed markers at 30 points on their bodies, and then had them walk at various speeds. They used a motion-capturing system to record leg movement and an instrumented treadmill to record the forces the walkers’ feet exerted on the ground.

They then developed a new way to combine the motion and force data, using a six-degreeof-freedom analysis of the hip, knee, ankle and foot. Using this method, calculations of the power generated by muscles and other biological tissues added up to account for 100 percent of the body’s energy changes.

Zelik says that when he initially found the power gap, he was frustrated that so much science was built on measurements that didn’t add up properly. It was teaming with other researchers and combining data that led him to the answer. He worked with Kota Z. Takahashi, a postdoctoral researcher who specializes in foot biomechanics, and Gregory S. Sawicki, a professor who specializes in muscle biomechanics, both of North Carolina State University. The team’s results were published in The Journal of Experimental Biology in March 2015.

Their work also revealed that propulsive power generated by the hip is 50 percent greater than previously measured by conventional means. “Many prostheses and exoskeletons have focused on assisting the ankle,” Zelik says. “The research suggests there may be ways to improve mobility by providing more assistance at the hip as well.”

This work was supported in part by the Whitaker International Program.

Top Photo: Professor Karl Zelik discovered that traditional methods of measuring the muscle power needed for walking were incomplete. When he used markers to record volunteers’ locomotion (above), he was able to account for all the power—and determined that hip and foot muscles play a bigger role in walking than previously known.