To mark its 125th anniversary, the School's annual distinguished lecture — The John R. and Donna S. Hall Engineering Lecture — becomes a special series bringing four notable engineering leaders to campus, one each in October, November, January and March. A kick-off birthday party in September launches the celebration. A special Engineering Celebration Dinner is set for October 20 during the university's reunion weekend. National Engineers Week in February will offer a number of opportunities for students and local alumni to celebrate, too. In May, we'll wrap up with a special party for engineering faculty and staff.
Vanderbilt University School of Engineering is moving to the next level after 125 years of growth and transformation. Its alumni, students, parents, faculty, staff and friends have much to celebrate and a strong foundation on which to build for the future. Here's to the next 125 years. 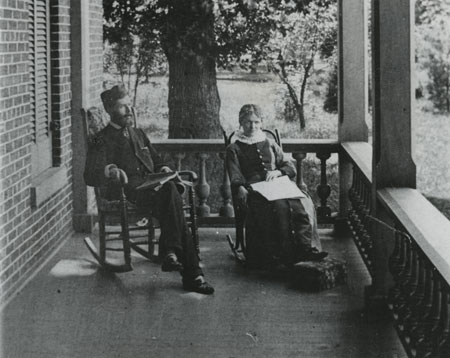 January 1888: Cornelius Vanderbilt, grandson of the Commodore, donates $30,000 to enlarge the university library and to build the Mechanical Engineering Building.

May 9, 1888: Cornerstone of Mechanical Engineering Hall is laid 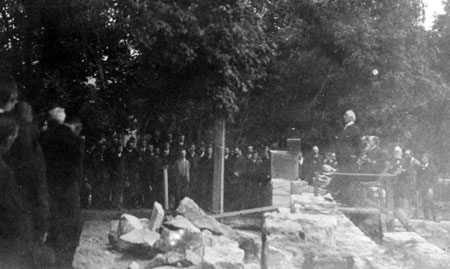 1898: Drastic decline in engineering enrollment, which bottoms out at 18.

1899: Facilities for instruction in steam engineering enlarged and electric generating capacity is increased. John Lawrence is employed as electrician and assumes all shop instruction. 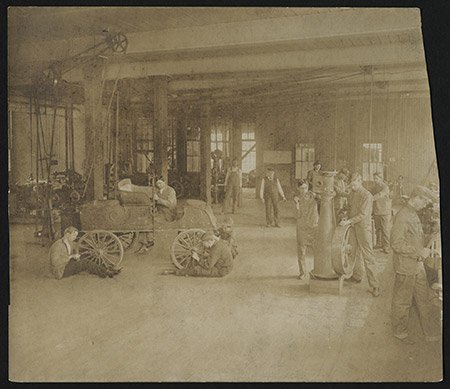 1903: Department of Chemical Engineering is created.

1915: Board of Trust officially renames Engineering Department to School of Engineering.

1927: Fred J. Lewis starts a summer school for surveying at Bon Air Mountain, the new Cumberland Mountain branch of the campus. The camp was sold in 1960 after Lewis' death. 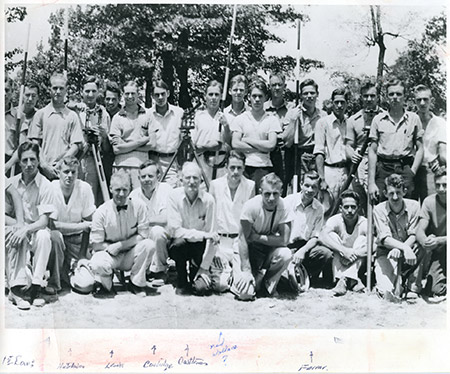 1928: Paul A. Cushman establishes the first student chapter of A.S.M.E.

1930s: A special course for sanitation officers paid for by the U.S. Department of Public Health is introduced during the depths of depression. It continued into the war years.

1933: Fred J. Lewis is named dean, 1933-1958. Lewis didn't have a national reputation as an engineer, but in Kirkland's terms he could "conserve what we have, prudently and faithfully."

1935: Faculty vetoed an ROTC unit on campus. In 1937, the army approved an ROTC unit for the Medical School, the only military organization on campus at the time of Pearl Harbor.

1945: Chemical engineering student Vera Jane Jones is the first woman to receive a B.E. from the School. 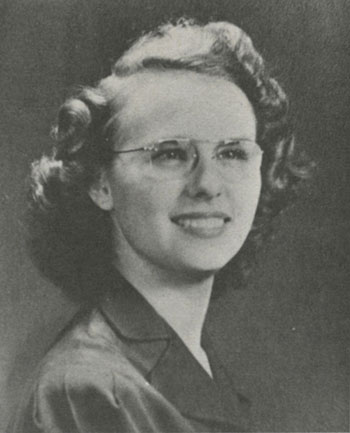 1950: New Engineering Hall completed. It houses all offices and classrooms, but chemical and mechanical engineering laboratories remain in old quarters. 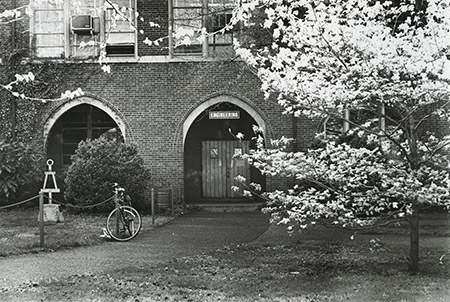 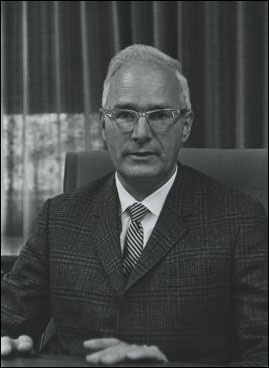 1961: The School boasts an undergraduate enrollment of 661 with 17 graduate students.

1969: Wing added to the building to house biomedical engineering and materials science and engineering.

1969: Moses Taylor is the first African-American to receive B.E. degree from the School. 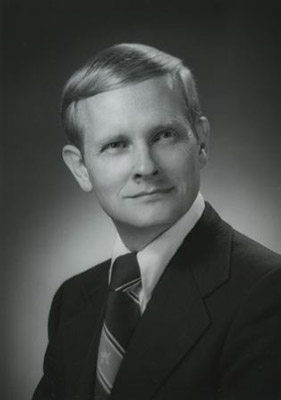 1971: Bachelor of Science degree is approved.

The School represents 14 percent of the total university body which is approximately 6,750.

The School represents 14 percent of the total university body 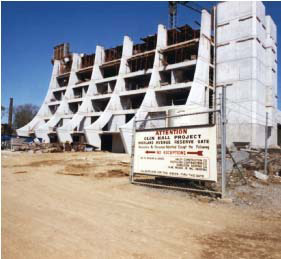 A highlight of the 1974-1975 school year was Olinâ€™s opening and dedication. Announced in 1969, the nine-story classroom and laboratory building was made possible by a $4 million gift from the F.W. Olin Foundation. Olin Hall completed with funds provided by the Olin Foundation. It houses chemical engineering, engineering science and materials science and engineering.

1974: Master of Engineering degree is approved

Master of Engineering degree is approved and adopted by civil, mechanical and environmental and water resources engineering.

Master of Engineering degree is approved

1980: Charlotte Fischer is the first woman tenured in Vanderbilt School of Engineering. 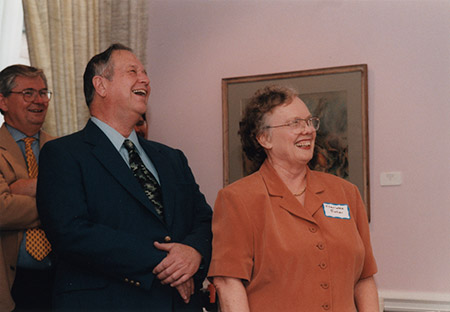 Vanderbilt awarded a $5 million, five-year grant from NASA for research into the commercialization of space technology. 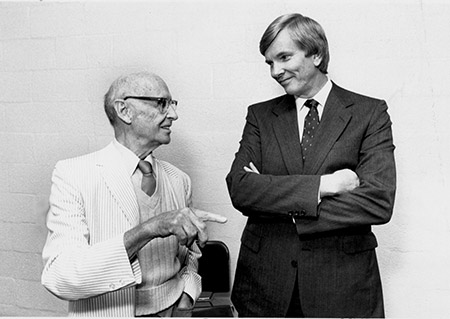 Externally funded researchgrows to $8,666,351. During this same period, the average research funding per tenure/tenure-track faculty member grows from 82K in 1987-88 to 106K.

1995: The New Engineering Building is renamed to Jacobs Hall in honor of the late former faculty member Dillard Jacobs, '32.

1995: The School acquires several floors in building 5 of the Stevenson Science Center complex. 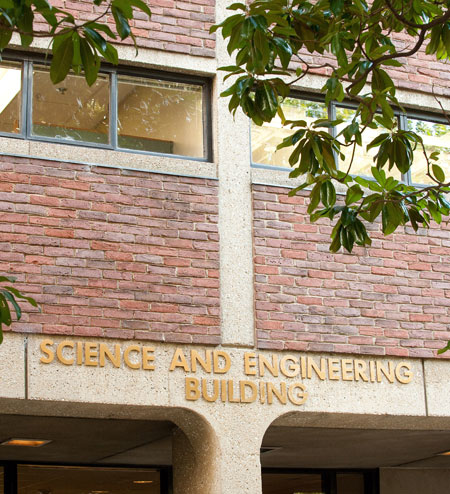 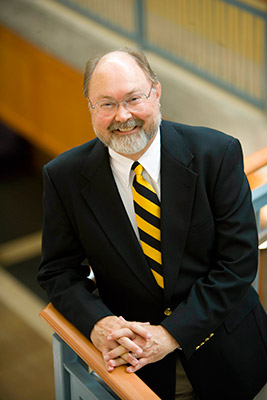 January 2000: The School becomes the leading multi-university institution for the Consortium for Risk Evaluation with Stakeholder Participation.

May 2000: Groundbreaking ceremony at Jacobs Hall.

Vanderbilt Institute for Integrative Biosystems Research and Education created with a $5 million, five-year grant from the Vanderbilt Academic Venture Capital Fund to foster and enhance interdisciplinary research in the biophysical sciences and bioengineering. December 2001: Vanderbilt Institute of Nanoscale Science and Engineering formed and brings together faculty from the College of Arts and Sciences, the School of Engineering, and the Medical Center 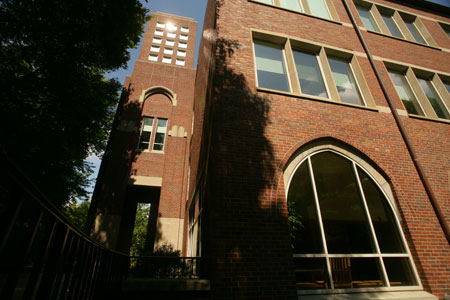 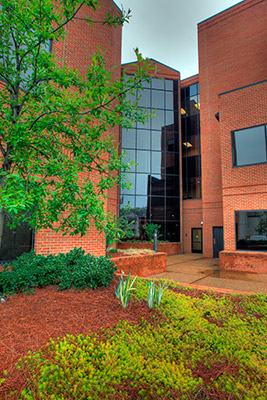 2010: The Division of General Engineering is established.

The Division of General Engineering, which serves as an umbrella organization for the management of the engineering science major, engineering management minor and the first-year program is established.

The Division of General Engineering established