Our research program aims to improve control over the structure of soft materials through the manipulation of the shape and chemistry of colloidal building blocks as well as interparticle forces. The objective is to facilitate the fabrication of functional materials from novel building blocks by providing an experimental basis to enhance the quantitative description of the forces and flows that mediate the dispersion state, assembly and interactions of nanoscale and anisotropic colloids. Our research is based on a multiscale approach that examines the factors determining the forces at the molecular level, while also employing direct observation of microcolloids to study flows, forces as well as paths and kinetics of assembly. Some topics of immediate interest are:
(a) solvation forces in nanoscale systems — we investigate how solvation shell structure and dynamics mediate forces between nanoparticles;
(b) electrokinetics and directed assembly of anisotropic colloids — we investigate the transport and forces experienced by anisotropic colloids under low frequency electric fields and the formation of reconfigurable 3D colloidal phases; We rely on a variety of techniques such as analytical ultracentrifugation, neutron and light scattering, Raman and fluorescence spectroscopy as well as confocal microscopy. Our research is relevant to dispersion of nanoparticles in high salinity media (oil recovery), protein corona of nanoparticles (nanomedicine and nanotoxicity), colloidal crystals (structural colors and camouflage) and active motion (reconfigurable materials). 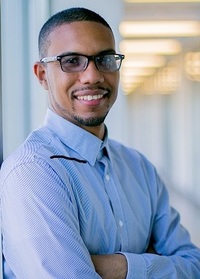