Associate Professor of the Practice of Computer Science

Dan Arena is associate professor of the practice of computer science at Vanderbilt University. A National Merit Scholarship recipient, he received his bachelor’s in computer science (and music) from Rutgers University in New Jersey where he graduated 45th in a class of 2200 students. After working as a C++ Programmer at AT&T for a year, he returned to graduate school at Rutgers University on a Garden State Fellowship where he began his teaching career. After moving to Nashville, TN with his wife, he accepted a position at Volunteer State Community College where he became the youngest faculty member to receive the Outstanding Faculty Award for his teaching excellence and college service. As an associate professor at VolState, he became immersed in online education and served on the development team that helped launch the TN Regents Online Degree Program, the first fully online degree program offered by the State of Tennessee. He was recognized by the TN Board of Regents with the Trailblazer Award for his efforts in online education and research. In 2016, he accepted a position at Vanderbilt University so he could return to the classroom and do what he loves most – teach. He was the 2018 recipient of the Excellence in Teaching Award from the Vanderbilt University School of Engineering.

Trivia: During his time in Nashville, in addition to being an Associate Professor of Computer Science at VolState, Dan Arena and his wife, Sara were also well-known among professional songwriting circles, having been staffwriters for Warner/Chappell Music and Curb/Magnatone Music. He composed several songs for the musical "Urban Cowboy" which opened on Broadway and he was nominated for an Outer Critics Circle Award for Best Musical and a Tony Award for Best Original Score. 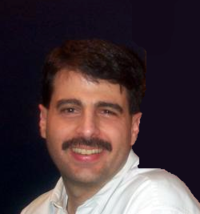