De-en Jiang's  research focuses on applying state-of-the-art computational methods to important chemical systems and energy-relevant problems. He has authored and co-authored over 270 peer-reviewed publications in Science, Nature Materials, Nature Communications, Journal of the American Chemical Society, Nano Letters, ACS Nano, Accounts of Chemical Research, Angewandte Chemie, etc., which have been cited together for over 15,000 times (from Google Scholar; H-index: 68).

De-en Jiang won the US Department of Energy Early Career Award in 2009. In 2010, he won the Presidential Early Career Awards for Scientists and Engineers (PECASE), the highest honor bestowed by the United States government on outstanding scientists and engineers in the early stages of their independent research careers. In 2012, he was named a Kavli Fellow by National Academy of Sciences. 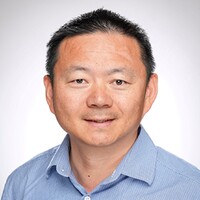