I am interested in how hydrological processes are affected by humans and in how human behavior is affected by hydrological processes. As risks of both flooding and water scarcity become more acute over time, there is a need to learn how infrastructure, institutions, and individuals make decisions that affect water resources. My work is broadly interdisciplinary and in recent years has included work on drought in Sri Lanka and decisions about tradeoffs between water for irrigation and water for hydropower, on decisions about how to provide fresh water to rural areas in Bangladesh, and on decisions in American cities about water conservation and water use.

Currently I am working with colleagues to understand drivers of water, energy, and food resources and their relation to health outcomes in sub-Saharan Africa. I also am collaborating with a team of researchers to develop a large data base of drinking water supply systems in the United States and explore how violations of drinking water standards are linked to reports of gastrointestinal problems.

VIEE research is aimed at multidisciplinary assessments of the environmental impacts of individual, institutional, and societal choices related to energy, water, and climate. The Institute provides a base for collaborations among natural scientists, engineers, social scientists, health professionals, and legal scholars.

George M. Hornberger is Distinguished University Professor at Vanderbilt University, where he is the Director of the Vanderbilt Institute for Energy and the Environment. He has a shared appointment as the Craig E. Philip Professor of Engineering and as Professor of Earth and Environmental Sciences there. He previously was a professor at the University of Virginia for many years where he held the Ernest H. Ern Chair of Environmental Sciences. He also has been a visiting scholar at the Australian National University, Lancaster University, Stanford University, the United States Geological Survey (USGS), the University of Colorado, and the University of California at Berkeley.
His research is aimed at understanding complex water-energy-climate interrelationships and at how hydrological processes affect the transport of dissolved and suspended constituents through catchments and aquifers. He is an ISI "Highly Cited Researcher" in environmental sciences and engineering, a recognition given to the top 250 individual researchers in each of 21 subject categories. Hornberger is a fellow of the American Geophysical Union (AGU), a fellow of the Geological Society of America, and a fellow of the Association for Women in Science. He was President of the Hydrology Section of AGU from 2006-2008. He has served on numerous boards and committees of the National Academies, including as chair of the Commission on Geosciences, Environment, and Resources (1996-2000) and chair of the Board on Earth Sciences and Resources (2003-2009). He currently chairs the National Academies' Water Science and Technology Board. He also currently chairs the Geosciences Policy Committee of the American Geosciences Institute and the Special Scientific Committee on Unconventional Oil and Gas Development of the Health Effects Institute. He is a member of the Advisory Committee for the Geosciences Directorate at the National Science Foundation and of the Geoscience Public Policy Committee of the Geological Society of America.
Professor Hornberger won the Robert E. Horton Award (Hydrology Section) from the AGU in 1993. In 1995, he received the John Wesley Powell Award from the USGS. In 1999, he was presented with the Excellence in Geophysical Education Award by the AGU and in 2007 he was selected Virginia Outstanding Scientist. Professor Hornberger is a member of the U.S. National Academy of Engineering, having been elected in 1996. 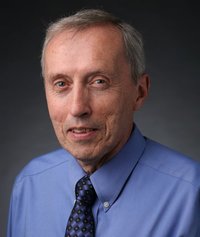