Professor of Chemical and Biomolecular Engineering

My research efforts are aimed at the molecular design and fabrication of smart surfaces and materials, many of which mimic, replicate, or employ highly functional biological systems. We use the methods of self-assembly as well as surface-initiated polymerizations (grafting from) to modify surfaces with molecular or (bio)macromolecular films for applications in solar energy conversion, responsive coatings, superhydrophobic surfaces, and nanoscale lubrication. In this research, I employ graduate and undergraduate students to train a cadre of talented young minds in the molecular and interfacial aspects of biohybrid, bio-inspired, and bioreplica materials.

Photosystem I (PSI) is one of two key protein complexes that efficiently converts sunlight to chemical energy to drive photosynthesis in green plants. Through collaboration with David Cliffel (VU Chemistry), we are investigating the fundamental issues affecting photo-assisted electron transfer properties of PSI, deposited as thin films on electrode surfaces.  Our recent innovations in this area include interfacing PSI with p-doped silicon to achieve directional electron transfer and photocurrents of 0.9 mA/cm2, and integration of PSI with conducting polymers, nanoporous electrodes, and biological dyes to bolster photocurrents and photopotentials.

We are developing different classes of smart materials for a host of applications. We have created new classes of poly(ionic liquid) coatings that function as anionic chameleons to rapidly adapt to and absorb their anionic environment. In collaboration with Douglas Adams (VU Civil & Environmental Engineering), we are investigating nano-scale components that report defects when incorporated into 3D-printed components, as well as coatings that report active corrosion from an underlying metal substrate. Separately, we have developed a new method called micromolding surface-initiated polymerization (mMSIP) where the growth of a polymer from a surface is confined within the features of a mold to produce a surface coating that replicates a target material. This approach offers a limitless supply of coating topographies through nature and a near-boundless array of materials compositions through synthetic chemistry that extend well beyond those in nature to generate superhydrophobic coatings with novel architectures and structures. 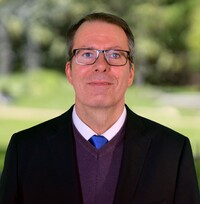