Professor Kawamura is an internationally known researcher in cognitive systems and humanoid robotics. He has published over 150 research papers, a book, and book chapters in the fields of intelligent systems, humanoid robotics, cognitive robotics, human-robot interaction, and computational intelligence. From 1990 to 2013, he was Director of Center for Intelligent Systems where he built a humanoid robot named ISAC and has directed research projects in the development of a cognitive robot architecture, sensory-motor association learning, working memory-based task learning, and cognitive control. Dr. Kawamura was a visiting professor at Kyoto University and Chuo University in 1980s. He was a visiting professor of cybernetics at the University of Reading, UK in 2004 where he conducted research on cognitive robotics. Dr. Kawamura co-authored a chapter on cognitive robotics for the Springer Encyclopedia of Complexity and System Science published in 2009. 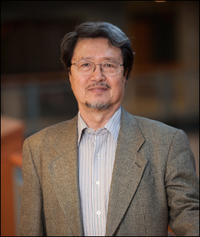