The King Lab works at the interface between Cellular Engineering, Drug Delivery, and Nanotechnology. We employ tools and concepts from engineering to understand biomedically important processes that occur in the bloodstream, including cancer metastasis, inflammation, and thrombosis. We have found that tumor cells in the circulation can mimic the physical mechanisms used by white blood cells to traffic through the body and adhere to the blood vessel wall, and we have explored strategies to interrupt this metastasis process by targeting specific adhesion receptors. Microscale flow devices have been developed in our lab that recreate the complex microenvironment of the circulation where inflammation and cancer metastasis occur. We have invented new biomaterial surfaces based on natural halloysite nanotubes, that capture rare circulating tumor cells (CTCs) from blood while simultaneously repelling white blood cells. This nanotube-based flow system has gained attention since it can be easily adopted by clinical and biology labs and recreates the natural rolling process that CTCs follow in the body. The selectin adhesion receptors important in leukocyte, stem cell, and CTC trafficking have unique biophysics that make them ideal for targeted drug delivery. The King Lab has pioneered the use of selectin proteins to deliver apoptosis death signals to tumor cells in flowing blood, and to deliver therapeutic cargo (e.g., siRNA, chemotherapeutics) encapsulated in nanoscale liposomes.

The King lab is currently testing these novel cancer therapies in mouse models of metastatic breast and prostate cancer through the use of whole body luminescence imaging. We also have a strong interest in mechanotransduction, i.e., how circulating cells transduce fluid shear forces into changes in biochemical signaling cascades. Our lab has shown that physiological levels of fluid shear stress desensitize white blood cells to bacterial activation signals. Interestingly, fluid shear stress also modulates how tumor cells respond to apoptosis death signals in the bloodstream. All of these cell adhesion phenomena have also been interrogated by a group of multiscale computer simulations that we have developed under the name Multiparticle Adhesive Dynamics. 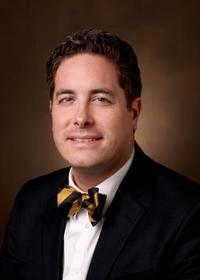