Raghavan's research predominantly concerns enhancing the parallel performance, energy efficiency and reliability of computations that involve high-dimensional sparse and unstructured data including matrices, and graphs. Sparse representations of data arise from many different contexts, for example, from largely local connections in a system represented as a sparse graph or network or from partial differential equations models where the number of nonzeroes in an associated matrix is bounded by a small constant times its dimension. Algorithms that exploit sparsity can deliver performance improvements by constant factors to orders of magnitude. Consequently, they enable the solution of larger or more complex problems for computation and data-enabled science and engineering "at scale" in a variety of disciplines.

A full list of publications, presentations and student supervision is here.

A current curriculum vitae (without publications) is here.

Padma Raghavan is the Vice Provost for Research and Professor of Computer Science at Vanderbilt University.

In her faculty role, Raghavan specializes in computational and data sciences and high-performance computing (aka supercomputing), focusing primarily on new algorithms and models to achieve scalable parallelism, increase energy efficiency, and enable fault-tolerant processing. She has authored over one hundred peer-reviewed publications and supervised nearly fifty M.S. and Ph.D. theses. With the support of an NSF CAREER award, Raghavan’s early contributions include the development of the first fully parallel direct linear solvers, an achievement for which she received the Maria Goeppert Meyer Award from the Department of Energy, Argonne National Lab, and the University of Chicago in 2002. Later, Raghavan was named a fellow of the Institute of Electrical and Electronics Engineers in 2013 in recognition of her contributions to the development of energy-efficient supercomputing. Raghavan is also active in the field, serving on editorial boards of the Society for Industrial and Applied Mathematics; the Advisory Boards of the Computing and Information Science and Engineering Directorate and the Office of Advanced Cyberinfrastructure of the National Science Foundation; and committees of the National Academies of Science, Engineering, and Medicine, such as the Technical Advisory Boards for the Army Research Laboratory on Computational Science in 2018 and Information Sciences in 2019.

As Vice Provost for Research, Raghavan oversees the advancement of the university’s research and innovation portfolio, including technology transfer and commercialization spanning the university and medical center as well as the development of strategic partnerships. Such partnerships include Ancora Innovation, a collaboration with Deerfield Management that accelerates the development and delivery of life-changing therapeutics from bench to patient, as well as Army Pathfinder, a program to rapidly advance mission-critical science and technology.

Prior to joining Vanderbilt in 2016, Raghavan served as the Associate Vice President for Research and Strategic Initiatives, the founding Director of the university-wide Institute for Computational and Data Sciences, and Distinguished Professor of Computer Science and Engineering at the Pennsylvania State University. 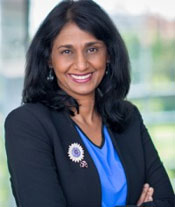