Our work focuses on the assembly of systems whose performance is a direct result of surface effects. These systems include chemical sensors, antifouling coatings, responsive interfaces, and nanoparticle dispersions. A molecular perspective is employed in the design and construction of surfaces for controlling and manipulating interfacial events. Our systems of past and current exploration have ranged in complexity from single-atom coatings useful in chemical sensing to polymeric films employed to retard biomolecule adsorption to arrays of immobilized DNA molecules for genetic analyses or programmed multi-particle assembly. Self-assembly processes are widely used in our wet-chemical bottom-up construction of various functional systems.

Antifouling coatings. Using both molecular and polymeric approaches, we prepare surfaces that are able to avoid non-specific adsorption process that often lead to losses inactivity when materials are introduced into biological media. We are developing these strategies for enhancing the biological activity of species when tethered to a surface as employed in biological sensing applications. Another effort involves tailoring the strength of adsorption levels towards various biomolecules as a means for enhancing separation processes that are limited in efficacy by non-specific adsorption events that lead to losses in activity.

Magnetic nanoparticle dispersions. Nanoparticles offer a range of useful properties by virtue of their high surface areas and short interparticle separation distances. By chemically tailoring their surfaces, these particles can be prepared so to have desired adsorptive (or non-adsorptive) properties. By employing magnetic materials for the core of the particle assembly, nanoparticle dispersions can be directed to move or be collected while retaining their nanoscopic properties. Their utility for performing separations and mixing in microfluidic systems are under investigation.

DNA at surfaces. Automated DNA synthesis provides an ability to tailor surfaces with DNA strands of readily selectable sequence and at controlled densities. Our efforts with these systems are directed toward providing enhanced methods for performing genetic analyses, particularly in the area of single-nucleotide polymorphism detection. In another direction, we are using DNA as a programmable template on a surface for coding the directed self-assembly of various structures into larger aggregates. Key goals are establishing generic approaches for controlling the assembly of multi-particle and multi-object systems into definable structures for achieving new types of integrated functions.

Imaging Mass Spectrometry. We collaborate with researchers in the Vanderbilt Medical Center to develop techniques useful in obtaining histological information from tissue sections. Here, imaging mass spectrometry is used to measure the spatial distributions for multiple molecular signals across a biological sample. Surface engineering provides opportunities for improving this process, where our efforts are focused on the fabrication of surface coatings and microstructures that can improve imaging resolution, increase signal generation, and shorten sample processing times. 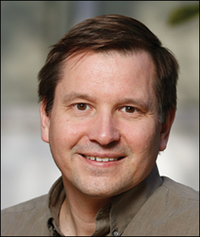