Composite Nanofiber Network Membranes:
We are developing a completely new approach to ion-exchange membrane preparation, where a three-dimensional interconnected network of electrospun polyelectrolyte nanofibers is created and then the interfiber voids are filled with an inert/uncharged polymer. Such a phase-separated nanomorphology is not unlike the desired/ideal structure in a block copolymer system, but there is more flexibility in the fabrication approach. Thus, the polyelectrolyte, fiber diameter, fiber volume fraction, and inert polymer can be chosen/fixed independently. The uncharged (hydrophobic) polymer which surrounds each nanofiber restricts fiber swelling in water and provides mechanical strength to the membrane, thus permitting the fibers to have a fixed-charge concentration much greater than that which is practical in a homogenous ion-exchange membrane. Also, the interconnecting nanofiber structure ensures optimum utilization of percolation pathways of the ionomer.

Pre-Stretched Recast Nafion®:
A new Nafion membrane micromorphology has been generated by uniaxially stretching and then annealing a gelled (10% solvent content)cast film. The proton conductivity of uniaxially pre-stretched recast Nafion (0.1 S/cm at 25oC for membranes in water) was independent of draw ratio, whereas the methanol permeability decreased by a factor of 1.4-2.0, as compared to commercial Nafion, for films elongated to a draw ratio of 4. A pre-stretched recast Nafion film in the 130-180 μm thickness range, when used in a direct methanol fuel cell, generated a high power density at 0.4 V (88 mW/cm2 at 60oC, 1.0 M methanol, and ambient pressure air), as compared to 58 mW/cm2 for Nafion 117. Very high power was generated with pre-stretched recast Nafion (180 μm) by increasing the cell temperature to 80oC, increasing the anode/cathode catalyst loading to 8.0 mg/cm2, and increasing the cathode air pressure to 25 psig. Under these conditions the power density at 0.4 V for a 1.0 M methanol feed solution was 240 mW/cm2 and the maximum power density was 252 mW/cm2 (at 0.35 V).

Alkaline Fuel Cell Membranes:
Our approach is to fabricate a phase-separated segmented copolymer anion-exchange membrane with hydrophobic (non-polar) blocks to limit membrane swelling and impart mechanical strength to the membrane and hydrophilic (polyelectrolyte) blocks with backbone dimethyl ammonium anion-exchange groups for OH- conduction. We are targeting membranes with the following properties: (i) a hydroxyl ion conductivity of between 0.08 and 0.15 S/cm for a water-equilibrated membrane at 25oC, (ii) a water swelling at 25oC of 25-75%, (iii) a thickness of 50 μm, and (iv) good mechanical properties when immersed in water or an aqueous methanol solution.

Organic electrochemical reactions are being carried out in PEM (proton-exchange membrane) fuel cell reactors that do not require a supporting electrolyte salt and can accommodate gaseous feed streams. Fuel cell reactors are currently being investigated for organic electro-hydrogenation reactions, using precious metal catalyst powder electrodes with either water or H2 gas as the source of hydrogen. In one project, edible oils (e.g., soybean and canola oils) have been partially hydrogenated electrochemically in a PEM reactor. Partially hydrogenated oil products were characterized by a low percentage of trans fatty acid isomers (which are known contributors to coronary heart disease) and a moderately/sufficiently high concentration of saturated stearic acid for different food applications. 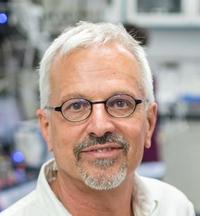