Robert Weller received his doctorate in physics from the California Institute of Technology (Caltech) in 1978 following service as a naval officer during the Vietnam conflict. He joined the faculty of the Vanderbilt University School of Engineering in 1987 after seven years as an assistant and later associate professor of physics at Yale University.

Throughout his career, the theme of Professor Weller’s research has been the study of the interaction of radiation with matter and the effects thereof. Motivated by his lifelong interest in astrophysics and spaceflight, his work has touched areas from ion-beam analysis of geological and lunar samples to basic studies in the physics of ion sputtering and secondary ion emission. A recurring theme has been the development and application of novel ion-beam analytical techniques. In recent years, his interests have evolved from laboratory investigation to scientific computing, emphasizing the interaction of radiation with semiconductor materials and devices. The intellectual contributions of this work, embodied in a computer program called MRED, have revolutionized the simulation of single event effects in microelectronics and are factors contributing to the international preeminence of Electrical Engineering’s Radiation Effects and Reliability research group.

In 2001, he received an R&D 100 award with colleagues from Sandia National Laboratories for invention of the ion-induced electron emission microscope. The annual award established by the editors of R&D Magazine identifies the year’s 100 most significant scientific advances across multiple disciplines. He is also a recipient of the Outstanding Conference Paper award at the 2007 and 2013 Nuclear and Space Radiation Effects Conferences and has received several other conference-presentation awards.

Professor Weller has authored or co-authored more than 240 scientific publications and holds five U.S. patents. He is a licensed amateur radio operator (AK4RO), a member of Tau Beta Pi (1969), Sigma Xi (1978), and the Böhmische Physikalische Gesellschaft (1989), a Senior Member of IEEE, and a fellow of the American Physical Society. 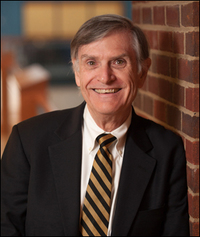