Taylor T. Johnson is an Associate Professor of Electrical Engineering and Computer Science (EECS) at Vanderbilt University (since August 2016), where he directs the Verification and Validation for Intelligent and Trustworthy Autonomy Laboratory (VeriVITAL) and is a Senior Research Scientist in the Institute for Software Integrated Systems. Dr. Johnson was previously an Assistant Professor of Computer Science and Engineering (CSE) at the University of Texas at Arlington (September 2013 to August 2016). Dr. Johnson earned a PhD in Electrical and Computer Engineering (ECE) at the University of Illinois at Urbana-Champaign in 2013, an MSc in ECE at Illinois in 2010, and a BSEE in ECE from Rice University in 2008. Dr. Johnson's research focus is developing formal verification techniques and software tools for cyber-physical systems (CPS) with goals of improving CPS safety, reliability, and security, while advancing fundamental results and applying techniques and tools from hybrid systems, formal methods, control theory, software engineering, distributed systems, and real-time systems. Dr. Johnson has published over two-dozen papers on these formal methods and their applications across domain areas such as aerospace, power and energy systems, transportation systems, and robotics, two of which were recognized with best paper awards, from the IEEE and IFIP, respectively, and one of which was honored with an ACM Best Software Repeatability Evaluation Award. Dr. Johnson is a 2016 recipient of the AFOSR Young Investigator Program (YIP) award and a 2015 recipient of the NSF Computer and Information Science and Engineering (CISE) Research Initiation Initiative (CRII) award, and his research is or has been supported by AFRL, AFOSR, AMD, ARM, ARO, Boeing, Freescale Semiconductor, Intel, the MathWorks, NSF (CISE CCF/SHF, CISE CNS/CPS, ENG ECCS/EPCN), NVIDIA, NXP Semiconductors, ONR, Rockwell Collins, Toyota, USDOT, and United Technologies Research Center (UTRC). Dr.

Johnson is a member of the ACM, AAAS, AIAA, IEEE, and SAE. 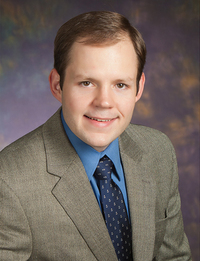