The Vanderbilt University School of Engineering announces the appointment of 11 new members to its full-time teaching faculty. They are: 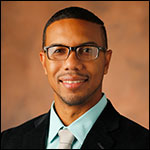 Carlos Silvera Batista aims to improve control over the structure of soft materials through the manipulation of the shape and chemistry of colloidal building blocks. His research is based on a multiscale approach that examines the factors determining the forces at the molecular level, while also employing direct observation of microcolloids to study flows, forces as well as paths and kinetics of assembly. He also will investigate the design of materials with high barrier properties for food packaging. Batista expects to engage with the Vanderbilt Institute for Nanoscale Science and Engineering. He joins the engineering faculty from the University of Michigan where he was a President’s Postdoctoral Fellow. He also has served as a post-doctoral researcher at the National Institute of Standards and Technology.  Batista earned his Ph.D. in chemical engineering from the University of Florida and a B.E. in chemical engineering from City College of New York. 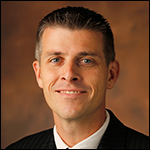 Joshua Caldwell joined the engineering faculty from the Naval Research Laboratory where he began work in 2007 in the field of nanophotonics, investigating coupling phenomena within plasmonic materials, and  using optical spectroscopy as a means of understanding defects within wide-band gap semiconductors. While at the NRL, he was the primary inventor on the top patent of 2014, resulting in an Edison Award. He was a four-time winner of the Alan Berman Award for top paper of the year, and he has receive two young scientist awards. Recently, Caldwell merged his prior work in wide band gap semiconductor materials with his efforts in nanophotonics, leading to his efforts to use undoped, polar dielectric crystals for sub-diffraction optics. He recently finished a sabbatical at the University of Manchester. He received a bachelor’s degree in chemistry from Virginia Tech and a Ph.D. in physical chemistry from the University of Florida. 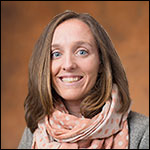 Kelsey Hatzell investigates how materials interact, aggregate, and orient in a solution. She works on printable materials and understanding electrochemistry at interfaces. From an applied sense, she aims to design multi-component inks for applications related to energy storage, energy conversion, sensing and water desalination applications. Previously, Hatzell was an ITRI-Rosenfeld postdoctoral fellow in the energy technology area at the Berkeley Lab. She joined the engineering faculty in January 2017. She is the recipient of an NSF Graduate Research Fellowship and a Arthur Nowick Award and Silver Graduate Student Award, both from the Materials Research Society. Hatzell earned a B.S. in engineering and a B.A in economics from Swarthmore College, a master’s degree in mechanical engineering from Penn State, and a Ph.D. in materials science and engineering from Drexel University. 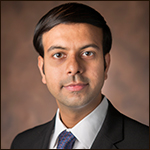 Piran Kidambi leverages in-situ metrology, process engineering, material science to enable bottom-up novel materials design and synthesis for energy, novel membranes, electronics, catalysis, metrology and health care applications. Kidambi expects to engage with the Vanderbilt Institute for Nanoscale Science and Engineering. His research in 2-dimensional materials synthesis, device integration and processing for applications has been recognized by several awards and honors, including the Lindemann Trust Fellowship UK, the Elizabeth Mabel Burnett Prize from Cambridge, and first prize in the ABTA Doctoral Thesis Award. He received a Ph.D. in engineering from the University of Cambridge, a M.S. in process engineering from the Swiss Federal Institute of Technology (ETH Zurich), and a bachelor’s degree in chemical engineering from the National Institute of Technology in India. 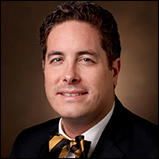 Michael King joined the Department of Biomedical Engineering in January 2017 as professor and chair.  He recently was named the J. Lawrence Wilson Professor of  Engineering. He works at the interface among cellular engineering, drug delivery and nanotechnology. King is an expert on the receptor-mediated adhesion of circulating cells, and he has developed new computational and in vitro models to study the function of leukocytes, platelets, stem and circulating tumor cells under flow. King has written textbooks on the subjects of statistical methods and microchannel flows, and he is currently the editor-in-chief of Cellular and Molecular Bioengineering. In addition to a number of teaching awards, King’s honors and awards include a NSF Faculty Early Career Development Award, James D. Watson Investigator Award, and Whitaker Investigator-The Whitaker Foundation. King is a fellow of the American Institute for Medical and Biological Engineering and of the Biomedical Engineering Society. He received a bachelor’s degree in chemical engineering from the University of Rochester and a Ph.D. in chemical engineering from the University of Notre Dame. 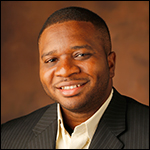 Justus Ndukaife works between the fields of nanophotonics, which involves the confinement and manipulation of light at the deeply subwavelength scale, and microfluidics, as well as on novel bio-inspired soft actuators and robots. His research interests include programmable self-assembly of nanostructures for energy harvesting and on-chip single photon sources, novel emergent behavior in nanoscale motors and nano-biosensing. He received the Dimitris N. Chorafas Foundation Award for outstanding Ph.D. dissertation, the Purdue College of Engineering Outstanding Graduate Student Research Award, the NSBE Golden Torch Award, and Best Paper Award at the ASME conference. His research has been published Nature Nanotechnology, Science and ACS Nano. He received a Ph.D in electrical engineering from Purdue University. 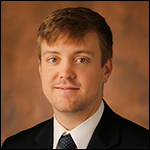 Jack Noble conducts research in medical image processing and analysis, including image registration and segmentation techniques, such as statistical shape models, graph search, machine learning, and level set techniques.  He also is interested in computer-assisted surgery and computer-aided interventions. His recent focus has been in developing image analysis-based solutions for improving cochlear implant surgery and post-operative rehabilitation. He has received a graduate scholarship from IBM and a fellowship from the Vanderbilt Institute for Surgery and Engineering as well as a number of best poster and best paper awards. He is a member of IEEE and SPIE. Noble earned a B.E., M.S. and Ph.D. in electrical engineering at Vanderbilt University. 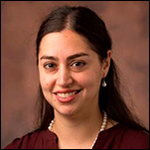 Marjan Rafat will join the engineering faculty Jan. 1, 2018. Rafat currently is a post-doctoral scholar at Stanford University. Rafat’s research focuses on engineering approaches to cancer biology. She studies the relationship between tumor cells, normal tissues, and the immune system as a means of understanding the microenvironment to determine how each component contributes to metastasis and relapse after therapy.  She develops bio-inspired hydrogel materials and in vitro tumor- and tissue-on-a-chip models. Rafat earned a prestigious K99/R00 Pathway to Independence Award from the National Cancer Institute at the National Institutes of Health, and she has received numerous other honors, including the AACR Women in Cancer Research Scholar Award, the Katherine McCormick Advanced Postdoctoral Fellowship, and the Women in Molecular Imaging Scholar Award. She received M.S. and Ph.D. degrees in engineering sciences at Harvard University and a S.B. in chemical engineering from the Massachusetts Institute of Technology. 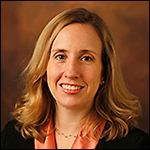 Cynthia Reinhart-King joined the engineering faculty in January 2017 and was recently named a Cornelius Vanderbilt Professor of Engineering. Reinhart-King is a cellular bioengineer whose seminal work on extracellular matrices has contributed to a breakthrough in understanding tumor formation. She was the first to show how the matrix, or the non-cellular glue in all tissues and organs, can stiffen when a tumor forms and promote tumor growth and interfere with the effectiveness of cancer treatments. She is currently expanding her research program to work with medical center investigators to study diabetic retinopathy, which shares many of the same hallmarks as blood vessels in tumors. With a Vanderbilt radiation oncologist, she is taking her cancer research a step further to investigate new therapies to intervene with tumor stiffening and tumor recurrence.  Reinhart-King is a fellow of the American Institute for Medical and Biological Engineering and of the Biomedical Engineering Society. She is a recipient of a NSF Faculty Early Career Development Award and of the Rita Schaffer Award from BMES. She received undergraduate degrees in chemical engineering and biology at MIT and a Ph.D. in bioengineering at the University of Pennsylvania. 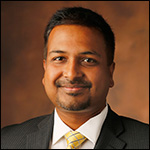 Vikash Singh conducts research in human-computer interaction, collaboration tools and computer science pedagogy. His recent research has focused on team-based and video-centered active learning. He has received National Science Foundation I-Corps and STTR grants to study, develop and commercialize tools for detailed and accurate discussion of video material targeting the flipped classroom model for STEM higher education. His research has resulted in publications at numerous Association for Computing Machinery conferences. Singh has served as a research assistant and postdoctoral researcher at the University of North Carolina at Charlotte where he earned a Ph.D. in computing and information systems as well as a graduate certificate in cognitive science.  He received a M.S. from Mississippi State University and a bachelor of architecture from the Birla Institute of Technology, India. 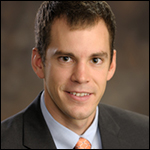 Daniel Work, an associate professor at the University of Illinois at Urbana-Champaign, will join the engineering faculty in December. His research addresses societal challenges in transportation using cyber physical systems based on mathematical models of mobility and decision analytics for sustainable and resilient infrastructure systems. His research interests include control, estimation and optimization of cyber physical systems, mobile sensing, and inverse modeling and data simulation. His work has significant implications on smart and connected cities of the future. He served as a research intern at Nokia Research Center, Palo Alto, and a guest researcher at Microsoft Research Redmond. His honors include participation in the National Academy of Engineering’s 2016 US Frontiers of Engineering Symposium, the CEE Excellence Faculty Fellow award and the ASCE Outstanding Professor Award, both from the UIUC. He has received a NSF Faculty Early Career Award, and a number of fellowships and teaching awards. Work earned a bachelor’s degree from the Ohio State University, and a master’s and Ph.D. from the University of California, Berkeley, each in civil engineering.