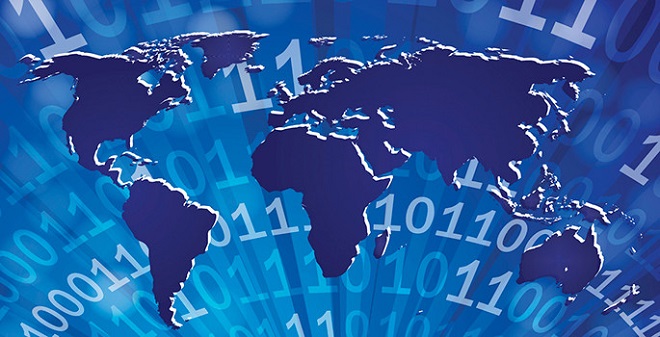 The proliferation of smart devices has jump-started another profound technological transformation and created an opportunity to better marry these cyber physical systems with societal norms to minimize social disruption.

That’s the idea behind an ambitious new international, interdisciplinary project to develop and test the concept of incorporating social norms, policies and values into the basic architecture of these new generations of systems.

“The fusion between people, computing and the physical environment is becoming so deep that it is getting harder and harder to tell them apart,” said Janos Sztipanovits, E. Bronson Ingram Distinguished Professor of Engineering and principal investigator on the project.

Titled “Science of Design for Societal-Scale Cyber-Physical Systems,” the project has just received a $4 million, five-year grant from the National Science Foundation.

“The synergistic interaction among these components is changing how we live,” Sztipanovits said. “For example, the future of mobility is being determined by companies like Uber and Lyft and will be transformed by self-driving cars. It is not surprising that societal tensions are developing because these new technologies are having massive social impacts with potentially conflicting social expectations and policies.”

The potential economic rewards are enormous. According to a 2015 study by the McKinsey Global Institute, the ongoing digitization of industry could add as much as $1.5 trillion to the U.S. Gross Domestic Product and €1 trillion to the GDP of Europe.

But conflicts arise because the evolution creates winners and losers. Take the route planning that automobile GPS navigation systems makes possible. Individual drivers are winners with reduced commute times. Society, as a whole, wins because the system helps balance overall traffic flows. But the losers are the people who live on the quiet neighborhood streets that now experience increased traffic.

“Why does Google have the right to push more traffic through their neighborhoods?” Sztipanovits asked. “These people have two basic options: Shut up and tolerate the situation or require Google to adapt its algorithms to take their rights into account. How do we resolve conflicts like this?”

Historically, societies have used laws and regulations to handle the impacts of new technologies.

In the case of the automobile, Britain passed a law in 1865 that set a speed limit on steam carriages of two miles per hour in cities and required a crewman carrying a red warning flag precede them. In the U.S. speeding, reckless driving, collisions and pedestrian casualties in the 1910’s prompted officials to attempt to control driver behavior through laws, fines, traffic signals and drunk driving arrests. In the 1920’s customer demand compelled manufacturers to introduce safety improvements such as all-steel bodies and hydraulic brakes. In the 1950’s, university scientists invented crash testing, which led to the adoption of safety features such as seat belts and padded dashboards. Increased environmental awareness in the 1960’s produced emissions regulations and the energy crisis in the 1970’s brought about the adoption of fleet mileage requirements.

Today, the advent of autonomous automobiles raises a fundamentally new issue: Should we allow computer systems to make the type of life and death decisions that can arise when driving?

“In the U.S., this question is being openly debated and has not yet been decided. In Germany, however, it has been judged to be unconstitutional and will not be allowed,” Sztipanovits said.

Different societies clearly have different social norms. In the U.S., for example, people are much more suspicious of government than big business. In Europe, the reverse is true: people generally view big companies as evil and government as benign.

“Unless we adopt a new approach, these different social norms will be hardwired into the evolving systems,” said Sztipanovits.

Such balkanization will make it difficult, if not impossible, for different systems to work together and likely narrow the markets for related products and services.

According to Sztipanovits, creating a socially adaptive Internet of Things should yield significant benefits for consumers by providing levels of privacy, security and safety in line with their expectations. At the same time, it should allow large companies to build single systems that can be fine-tuned for individual cultures—rather than being forced to produce multiple customized versions — an approach that has “very strong interest” among of a number large tech companies, he said.

Engineers and social scientists have paid considerable attention how new technologies impact social policies but given very little consideration to creating cyber-physical systems that can adapt to them.

“If we can model these social policies in mathematical terms, we can incorporate them into the new cyber-physical systems as parameters which will ensure that they will operate in a socially acceptable fashion in different countries,” Sztipanovits argued.

The new project brings together experts in the fields of sociology, cognitive psychology, law, computer science and engineering to develop algorithms that represent a range of social factors, such as market forces, privacy, security and safety, for potential incorporation into the structure of new systems.

They have identified four technical approaches for achieving this goal:

This ongoing merger of long isolated computational and physical worlds —a.k.a. the Internet of Things in the U.S. and Industrie 4.0 in Europe— impacts many aspects of society and virtually all sectors of industry.

“Today, there is a window of opportunity for us to come up with better ways to manage these new generations of ‘cyber-physical’ systems that must co-exist with the norms of different societies in ways that minimize the social disruption that they create,” said.