A 2016 Trans-Institutional Program (TIPs) award, the Vanderbilt Initiative for Intelligent Resilient Infrastructure Systems (IRIS) continues to make progress. The development of the program coincides with the university becoming a recognized leader in the innovation of civil infrastructure.

The faculty collaborating on the project are defining strategies and scientific tools to measure the resilience of the country’s Flood Protection Infrastructure (FPI), predict its functionality as well as inform stakeholders – sharing information in the most efficient way based on the interlocutor.

IRIS’s vision builds upon the two pillars of the project: the physical modeling of the infrastructure (Data & Simulations) and the decision support system (Risk-Based Decision Making & Human Interface). The former aims to define the mathematical tools needed to assess the resilience of the FPI, while the latter provides a comprehensive system that transfers information to stakeholders in the most efficient way possible.

The effort on the physical modeling of earthen infrastructure (such as river levees and dams) led to the design of computational tools to predict the progression of internal erosion in the FPI, thereby allowing the team to evaluate the potential for erosion in a specific structure.

With this information, it is possible to identify critical zones susceptible to localized damage that will be more likely to fail in the event of a natural hazard. The IRIS team is also designing tools to perform real-time monitoring of the infrastructure. 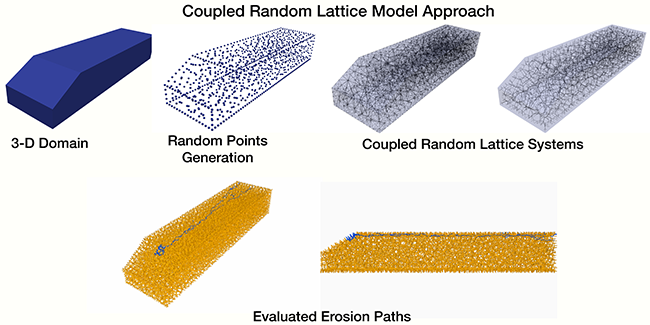 The support of the TIPs program allowed the team to purchase a developer-level Unmanned Aerial Vehicle (UAV) and a LiDAR sensor, which can scan more than 300,000 points per seconds on a 360˚ radius. The team is currently performing a series of test flights to validate the capabilities of the tool set that will be used in upcoming field campaigns.

The future of the country relies on the sustainability and resilience of our infrastructure. The importance of our research is testified by the National Academy of Engineering, which includes this topic among its Grand Challenges for Engineering in the 21st century.

More than 50 percent of the American population lives in areas protected by levees, making FPI one of the most important and exciting problems to solve for our society.

Vanderbilt is actively contributing to this effort by supporting the IRIS Initiative through the 2016 TIPs Award. The project includes four School of Engineering professors plus two faculty members from the College of Arts & Science.