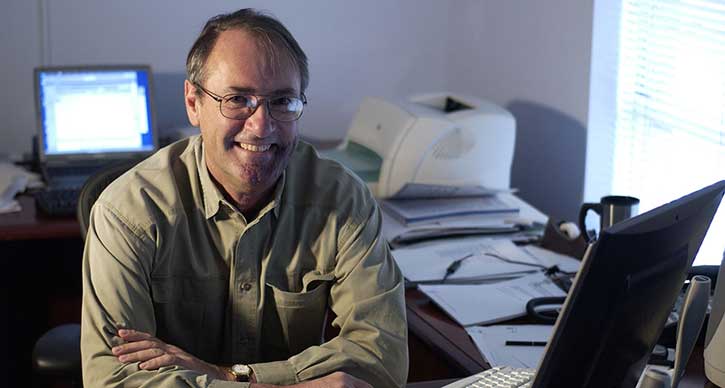 Janos Sztipanovits, a leader in cyber-physical systems research, has been named the John von Neumann Professor by Budapest University of Technology and Economics and the John von Neumann Computer Society of Hungary. Sztipanovits, E. Bronson Ingram Distinguished Professor of Engineering and founding director of the Vanderbilt University Institute for Software Integrated Systems, will receive the title by decree and a plaque on May 26, 2018, at a ceremonial public meeting of the Budapest University Senate.

The professorship is awarded to an internationally recognized scholar and university professor in Hungary or at a foreign university whose field of science and activity is related to the scientific achievements of John von Neumann, a Hungarian-American mathematician, physicist, computer scientist and polymath. Von Neumann made major contributions to a number of fields, including mathematics, physics, economics, computing and statistics.

“It is a tremendous honor for me to receive the John von Neumann Professor title in Hungary, the birthplace of the giant of computing, John von Neumann,” Sztipanovits said. “We live in a time when his vision of the future of computing is becoming reality and its impact rapidly transforms all aspects of society, science and technology. We are humbled by the significance of his achievements and carry forward his intellectual heritage with responsibility.”

Sztipanovits is the second recipient of the honor, which was established last year by Budapest University and the John von Neumann Computer Society of Hungary. In 2017, Laszlo Lovasz, president of the Hungarian Academy of Sciences and a Kyoto Prize winner for mathematics, received the inaugural award.

Sztipanovits’ current research includes the foundation and applications of model and component-based design of cyber-physical systems, design space exploration and systems-security co-design technology. He leads the CPS Virtual Organization and he is co-chair the CPS Reference Architecture and Definition public working group established by NIST in 2014.

Sztipanovits’ work has greatly impacted cyber-physical systems research. Marilyn Wolf, professor of electrical and computer engineering at Georgia Tech, said of Sztipanovits at a recent symposium honoring his contributions, that he is “not only one of the best in the field. You are the reason the field exists.”

Through his participation, Vanderbilt was the first academic institution to join the Industrial Internet Consortium after the consortium was announced in March 2014; he was elected member of the IIC steering committee. Technology giants AT&T, Cisco, GE, IBM and Intel founded the group, which now has more than 200 members supporting adoption of the Industrial Internet, integrating physical machinery with networked sensors and software.

Stzipanovits was founding chair of the ACM Special Interest Group on Embedded Software (SIGBED). He was elected Fellow of the IEEE in 2000 and external member of the Hungarian Academy of Sciences in 2010.

The Institute for Software Integrated Systems opened in 1998. Between 1999 and 2002, Sztipanovits worked as program manager and deputy director of DARPA Information Technology Office. He was a member of the U.S. Air Force Science Advisory Board between 2006 and 2010. In 2010, he received the Air Force Meritorious Civilian Service Award Medal.

John von Neumann
Von Neumann was born in Budapest in 1903 and grew from child prodigy to one of the world’s foremost mathematicians by his mid-twenties. Important work in set theory inaugurated a career that touched nearly every major branch of mathematics. Von Neumann’s work influenced quantum theory, automata theory, economics and defense planning. Von Neumann is considered the father of game theory, which has had a broad influence in fields ranging from economics to evolutionary biology.

Von Neumann also was a founding figure in modern computing. He was the first to describe a computer architecture in which the data and the program are both stored in the computer’s memory in the same address space. Von Neumann also helped develop the Electronic Numerical Integrator And Computer (ENIAC), the first electronic general-purpose computer.

In 1933, he became a mathematics professor at the Institute for Advanced Study at Princeton University and he kept this position until his death in 1957. In 1937, von Neumann became a naturalized U.S. citizen. During World War II, he worked on the Manhattan Project. Following the war, Neumann became a consultant to the American government and industry in addition to his professorship at Princeton.