An optical imaging technology developed by Orrin H. Ingram Professor of Biomedical Engineering Anita Mahadevan-Jansen and her group, in partnership with a medical device company, has won a 2019 R&D 100 Award.

The R&D 100 Awards honor 100 top innovations of the prior year, as selected by a panel of expert judges, and is in its 57th year. The Center for Technology Transfer and Commercialization (CTTC) leads the submission on behalf of Vanderbilt University, which has now won a R&D 100 Award three years in a row. The Vanderbilt team, together with Ai Biomed under a commercial license from CTTC, developed a handheld system that enables safe, rapid localization of parathyroid tissue intraoperatively. The FDA approved the PTeye system for clinical use in 2018. 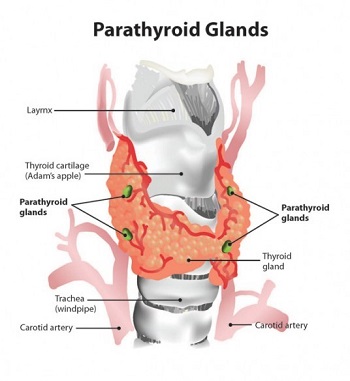 “Until now surgeons have relied mostly on their eye to find the parathyroid gland. Other available techniques like ultrasound or sestamibi scans tend to work only when the parathyroid is diseased,” said Mahadevan-Jansen, who also is director of the Vanderbilt Biophotonics Center. “For identifying a normal parathyroid, there hasn’t been an effective technique, except the surgeon’s eye or biopsy.”

Unlike other systems, PTeye does not look for just diseased parathyroids. It provides anatomical guidance to support surgeons in identifying the parathyroid gland, whether it is diseased or not. When the probe touches a parathyroid gland, it beeps to warn surgeons to proceed with caution. The device also stands apart from others as there is no need for surgeons to administer dyes or contrast agents to visualize parathyroid tissue.

The parathyroid glands are vital structures that regulate blood calcium levels in the human body to support normal heart, nervous system, kidney, and bone function. These four tiny glands are typically each about the size of a grain of rice, tucked within lobes of the larger thyroid gland.

Vanderbilt School of Engineering-designed devices have done well at the annual showcase of innovative technology. The Indego exoskeleton, whose lightweight, modular design allows paraplegic users to transport and put on the device unassisted, enabling them to walk, took top honors in its category in 2018.  Co-inventors Michael Goldfarb, H. Fort Flowers Professor of Mechanical Engineering, and Ryan Farris, a Vanderbilt alumnus and engineering manager at Parker Hannifin Corporation, accepted the award.

In 2017 a team of Vanderbilt scientists and engineers led by Professor John P. Wikswo won an R&D 100 Award for their MultiWell MicroFormulator. Commercialized by CN Bio Innovations in the United Kingdom, the system provides customized real-time formulation, delivery and removal of cell culture media to each well of a 96-well plate for drug delivery, toxicology research, and personalized medicine. Wikswo is Gordon A. Cain University Professor and A. B. Learned Professor of Living State Physics, and a professor of biomedical engineering, molecular physiology and biophysics, and physics.

The 2019 winners plus gold, silver and bronze awards in four special recognition categories, were announced Oct. 29. The R&D 100 Awards Banquet is Dec. 5 in San Mateo, California, held in conjunction with the R&D 100 Conference.