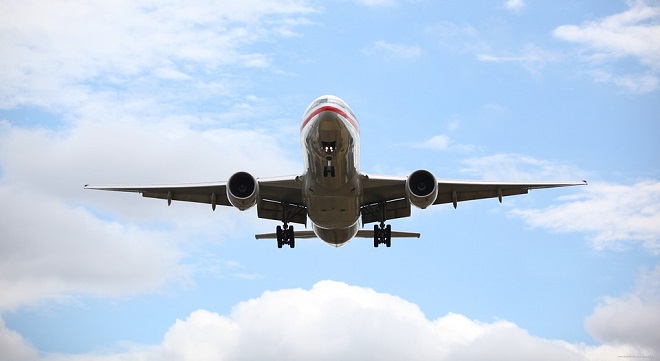 They also are among more than 60 incident scenarios identified by an ambitious NASA effort to develop the next generation National Airspace System, known as NextGen NAS.

Vanderbilt risk and reliability engineering experts will be involved in studying many of them. They are playing a key role in a $10 million, five-year project to integrate complex data sources that will be the future of air traffic management systems. The project is part of NASA’s Aeronautics University Leadership Initiative, which gives top academic centers and their industry collaborators a larger role in shaping best practices and translating them into commercial use.

“It is a very consequential project,” said John R. Murray Sr. Professor of Engineering Sankaran Mahadevan, professor of civil and environmental engineering and leader of the Vanderbilt team. “Any system you consider has uncertainty, both in terms of demands and the capacity to meet the demands.”

International air travel is expected to double in the next 20 years as aeronautic systems themselves become more complex and automated. With expertise of the grant recipients, NASA wants to identify, quantify and prioritize risks that can best be anticipated and address those that would do the most to improve safety.

The far-reaching project includes flight simulations for both pilots and air traffic controllers, student training and early collaboration with industry experts so that innovations can be deployed quickly. In all, NASA awarded $50 million for the program, which is unusual in that it asked universities to suggest their own, compelling avenues of research rather than respond to what NASA proposed. The only requirement was that the technical work address one of the agency’s main aviation research goals.

“Potential outcomes of the research could include revolutionary technologies, operational concepts, design tools, models, or other advancements we can’t even begin to characterize today,” Doug Rohn, director of NASA’s Transformative Aeronautics Concepts Program, said when the program was announced.

The Vanderbilt School of Engineering is involved with the project “Information Fusion for Real-Time National Air Transportation System Prognostics under Uncertainty,” which is led by Arizona State University. The group met with NASA and industrial officials at Vanderbilt in August 2018 for an annual review. At that time agency officials said the “work so far has been great in the spirit of entrepreneurship and the technical progress has been amazing.”

Since then the team at Vanderbilt has been combing through about 2000 accident reports involving passenger aircraft from 1982 through 2017 to classify the states, or flight phases, in which accidents happen and then classify the actual causes, Mahadevan said. This follows careful construction of diagrams of event sequences – human errors, equipment failures, and weather effects – as they unfold under actual circumstances.

The work is painstaking. The incident reports must be evaluated manually in some cases.

“We tried text mining methods but they have difficulty in analyzing sequences,” Mahadevan said.

The objective is to develop analysis methods that can help improve aviation safety and support real-time decision-making so that unsafe events can be caught early and prevented from evolving to major incidents.

Commercial air flight remains the safest mode of travel, though growth in computational power, improvements in sensing, machine learning and statistical modeling, and a more robust understanding of how and why things go wrong can combine to make it safer still.

Mahadevan and his team are the lead on Task 6 and also major investigators in Task 4 and Task 5.

The project allows Mahadevan, a recognized pioneer in uncertainty and risk engineering, to work with several people who trained under him at Vanderbilt. Yongming Liu, ASU professor of mechanical and aerospace engineering and the lead project investigator. He is a former Ph.D. student of Mahadevan, as are two researchers – Barron Bichon, Ph.D. 2011, and Erin DeCarlo, Ph.D. 2017 – from Southwest Research Institute and Optimal Synthesis Inc., another collaborating partner.

“Air travel demand is expected to double in the next two decades, leading to increased congestion and possibilities for unsafe events. Many fields of human activity are being rapidly transformed by the explosion of modern sensing, computing, machine learning and data science techniques, and this project aims to harness these techniques to improve air travel safety,” Mahadevan said.