Ronald Schrimpf has been named president of the Nuclear and Plasma Sciences Society, one of the technical societies of the Institute of Electrical and Electronics Engineers, effective Jan. 1, 2019.

The NPSS is composed of nine technical committees, and a Transnational Committee, with a common interest in advancing nuclear and plasma sciences. The society sponsors seven conferences and three peer reviewed journals. 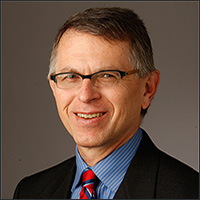 Schrimpf is the Orrin H. Ingram Professor of Engineering, a professor of electrical engineering and the director of the Institute for Space and Defense Electronics in Vanderbilt’s School of Engineering.

His research activities focus on the effects of radiation on semiconductor devices and integrated circuits. He and former engineering dean Kenneth F. Galloway established the Radiation Effects and Reliability Group at Vanderbilt in 1996, now the largest of its type at any university in the United States.

He is a fellow of the IEEE and a recipient of the IEEE Nuclear and Plasma Sciences Society Early Achievement Award. He has more than 700 papers in peer reviewed journals and conferences and has seven U.S patents.

Schrimpf has served as the principal investigator for two Multi-Disciplinary University Research Initiative (MURI) programs and is a co-PI of Vanderbilt’s Advanced Computing Center for Research and Education, the resource for high-performance computing needs of research throughout the university.

He has received numerous school and university awards, including the Vanderbilt Chancellor’s Cup and the Harvey Branscomb Distinguished Professor Award.