“With this 2021 class of honorees, we are continuing our recognition of the women of Vanderbilt engineering,” said Philippe Fauchet, Bruce and Bridgitt Evans Dean. “We thought it important to reflect on the past 110 years of women in the School of Engineering and to continue to raise the visibility of our talented and generous women engineers.”

The school paid tribute last fall to the centennial celebration of the ratification of the 19th Amendment, which took place two short miles from the campus, by publishing a timeline of highlights and accomplishments of its female engineering students.

Like the school’s female pioneers, the newest honorees are leaving their marks on our world. Fauchet said. “Across diverse fields, their achievements are truly worthy of our recognition and we are grateful for their interest in the school and its mission.”

The Distinguished Alumnus Award recognizes notable achievement, significant service and excellent character. The Distinguished Friends Award recognizes non-alumni whose professional, civic and philanthropic pursuits reflect the high standards and values associated with the school. Honorees are chosen by an awards committee that comprises the dean, faculty members and alumni representatives. 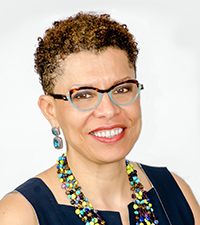 Sheryll D. Cashin, BE’84
Sheryll Cashin is the Carmack Waterhouse Professor of Law, Civil Rights and Social Justice at Georgetown University. She has authored five books, all of which implicate the history and future of American struggles with race and racism.

Cashin is a board member of the Poverty and Race Research Action Council and served for a decade as a trustee on the Vanderbilt Board of Trust. She worked in the Clinton White House as an advisor on urban and economic policy, particularly concerning community development in inner city neighborhoods. Read more >> 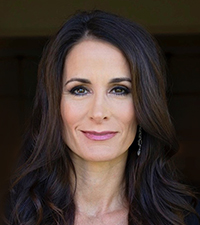 Jennifer R. Frist, BS’93
Jennifer Frist is a dedicated advocate and supporter of many autism initiatives. Frist was instrumental in helping establish in 2018 the new Frist Center for Autism and Innovation at Vanderbilt University. The Frist’s gift for the center helps extend Vanderbilt’s Trans-Institutional Programs Initiative, a pilot program that connects autism, innovation, employment and technology. Frist earned a bachelor’s degree in computer science engineering.

The center expands the School of Engineering’s work in autism research in a novel way, deepening its ability to drive innovation and quality of life through engineering and entrepreneurship. Frist also serves on the advisory board of The Precisionists Inc., an employment model for those on the autism spectrum. Read more >> 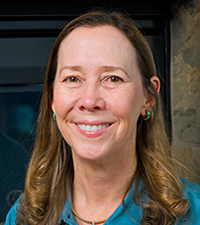 Cathy Jo Thompson Linn, BS’74, MS’78, PhD’80
Cathy Jo Linn is retired from Microsoft where she was part of a small team that developed the architecture for what became known as Object Linking and Embedding. She also was program manager for Windows CE Version 1.0.

She earned her doctorate in computer science and served in 1978-1979 as a faculty member in the School of Engineering’s fast growing Computer Science Department. She and her husband, Joseph L. Linn, PhD’80, joined the faculty of Southern Methodist University as they began their lifelong partnered career in computer science. The couple has established an engineering school scholarship to honor her father, Jo Clyde Thompson. Read more >> 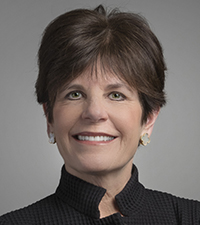 In December 2020, the foundation established an endowment at the School of Engineering to support its faculty through fellowships or a named chair. The investment honor’s Pastrick’s service on the Vanderbilt Board of Trust from 2010 to 2020. A visionary $15 million grant in 2017 from foundation to the school established the A. James Clark Scholars Program at the School of Engineering for 10 talented first-generation and underrepresented students entering the school each year. Read more >>

Cashin received a J.D. with honors from Harvard Law School, where she was a member of the Harvard Law Review. She was law clerk to U.S. Supreme Court Justice Thurgood Marshall and Judge Abner Mikva of the U.S. Court of Appeals for the District of Columbia Circuit.
For her two decades of writing and advocacy for residential and school integration, the Fair Housing Justice Center honored her with the 2017 Acting for Justice Award for Outstanding Contributions to Civil Rights.

She is the author of five books. Her new book, “White Space, Black ‘Hood: Opportunity Hoarding and Segregation in the Age of Inequality” (forthcoming, Beacon 2021), is about the role of residential segregation in producing racial inequality.

Cashin’s 2014 book, “Place Not Race,” recommended radical reforms of selective college admissions to promote robust diversity; it was nominated for an NAACP Image Award for Outstanding Non-Fiction in 2015. Her 2004 book, “The Failures of Integration,” explored the persistence and consequences of race and class segregation. It was an Editors’ Choice in the New York Times Book Review. Cashin is also a three-time nominee for the Hurston/Wright Legacy Award for non-fiction in 2005, 2009, and 2018.
She has published widely in academic journals and is a contributing editor for Politico Magazine. Cashin has also contributed book chapters and is a frequent radio and television commentator.

Cashin was born and raised in Huntsville, Alabama, where her parents were political activists. She lives in Washington D.C. with her husband and twin sons.

Jennifer R. Frist
Jennifer Frist serves on the board of the Frist Foundation, one of the largest Tennessee family foundations that focuses on philanthropic giving in middle Tennessee. She and her husband, William R. “Billy” Frist, have investments in various startup companies as well as established businesses in the healthcare, IT, hospitality and real estate among others.

Frist has been involved for many years in various Nashville non-profits. She is a past chairman of the Board of Directors of the Nashville Zoo and has served on the Zoo board and/or the Zoo’s advisory board for the past 20 years. She also has held past board positions at Nashville Public Television, Tri-Star Centennial Medical Center, Nashville Public Education Foundation, and the Nashville Humane Association of Nashville.

Cathy Jo Thompson Linn
Linn graduated with a BE in systems and information science (SIS). Notably, the SIS graduating class of May 1974, the origin of the Computer Science Department, consisted of only seven individuals, four of whom were women. She continued her Vanderbilt education with a master’s degree and a doctorate in computer science.

After teaching stints at SMU and the University of Southwestern Louisiana, the Linns moved to Washington, D.C. to work for The Institute of Defense Analysis. There, she supported the Department of Defense in the evaluation and funding of military projects involving computer science. In 1990, the couple moved to Redmond, Washington, to work at Microsoft.

The Linns split their time between Sammamish, Washington, and Kihei, Hawaii. She and her husband, a guitarist and vocalist, currently play in bands in both Sammamish and Maui. They have two children and three grandchildren.

Courtney Clark Pastrick
Pastrick is active in the Washington, D.C.-area community. She has served in leadership roles with several local non-profit organizations, including as former chair of the Board of Trustees for the Washington Jesuit Academy, a middle school for at-risk boys in D.C. and as a trustee for Collegiate Directions, Inc., a college access program for low-income, first generation-to-college students in Maryland.

She is a board member of DC-CAP, a college access program for public and charter school students in D.C. and on the board of Clark Enterprises, the private investment firm founded in 1972 by her father.

Pastrick resides in Chevy Chase, Maryland, with her husband, R. Scott Pastrick, president and CEO of Prime Policy Group. They have two daughters and a son. She holds a JD from the Catholic University of America and a bachelor’s degree from Duke University.