Sacramento Kings center Damian Jones is the latest in the NBA brotherhood to graduate from college, receiving his Bachelor of Science degree from Vanderbilt University’s School of Engineering this past weekend.

The NBA hooper walked across the stage and secured his Vandy diploma today. #VU2022 | #AnchorDown pic.twitter.com/IvysOVKx8K 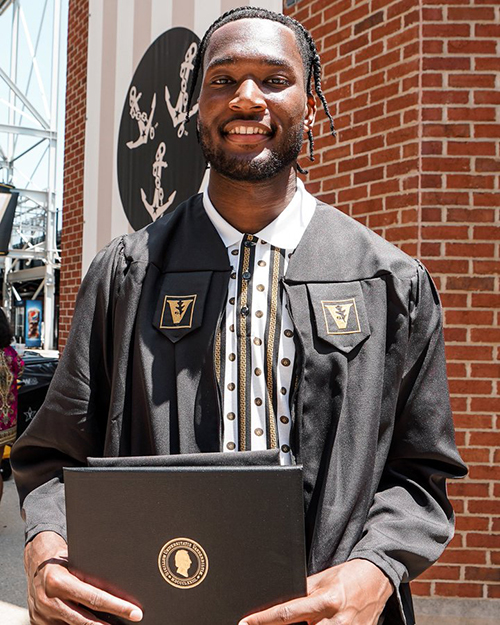 Since his freshman year at Vanderbilt in 2013, Jones has emphasized the importance of higher education and his mission to earn a degree at the collegiate level.

Jones attended Vanderbilt from 2013-2016, garnering All-SEC honors in his second and third year on the men’s basketball team. After declaring for the draft in 2016, the junior was drafted to the Golden State Warriors, where he garnered two champion titles during the Warriors’ dynasty run.

Since Sacramento signed Jones in 2021, he’s become a reliable force at the center spot, especially in the absence of bigs this past season. Jones had a career year when called upon, averaging 8.1 points per game in 56 appearances on the season.

The 26-year-old walked the Vanderbilt stage Friday, May 13, to receive his B.S. in engineering science and enjoy a warm congratulations from family and friends on the football field in Nashville.