When leaders from Nashville’s fire department and emergency management services began participating in a yearlong series of community engagement discussions with faculty experts from Vanderbilt University in September of 2021 they weren’t sure what to expect.

What they did know is that—like nearly every city at that time—they were experiencing significant headwinds coming from two distinct directions. The omicron variant of Covid was beginning a late-fall surge that would persist over the next nine months. At the same time, labor shortages had become critical in the wake of abrupt shutdowns experienced during the initial phases of the pandemic.

Emergency and non-emergency services were in critical demand and yet they were struggling to remain well-staffed.

So, when city officials came to the Vanderbilt workshops, they really only had one question for the researchers: Could they reduce the time for help to arrive on-scene without needing to hire more people?

It was exactly the kind of question that Meiyi Ma, assistant professor of computer science, and her colleagues have been exploring. Their research focuses on integrating artificial intelligence (A.I.) and internet-of-things (IoT) technology to improve operational efficiencies in sprawling and complex environments like the city of Nashville.

In October, the group received one of a handful of Civic Innovation Challenge (CIVIC) awards from the National Science Foundation to build out a pilot project designed to help improve Nashville’s emergency services. 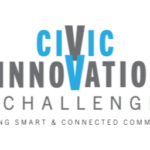 “It’s exciting to work with our partners at Vanderbilt, Metro IT Services, and the Department of Emergency Communications to leverage developing technologies to maximize our response efficiency and our on-scene effectiveness,” said Nashville Fire Department Director Chief William Swann.

Ma said the NSF grant marks “a golden opportunity to work alongside experienced and highly capable leaders from several agencies throughout Nashville. My colleagues and I are getting to understand the most pressing issues facing emergency services from the ground up.”

What they have found is that 911 dispatchers often have to spend significant amounts of time answering non-emergency calls, often leaving those needing assistance waiting for a dispatcher to answer. By automating this incoming call volume, researchers believe they can more effectively direct those with true emergencies to live dispatchers who are equipped to help—and freed from having to spend time on non-emergency issues.

“We are very excited to receive this initial planning grant,” said Stephen Martini, director of the Metro Nashville Department of Emergency Communications. “Processing non-emergency requests is an important component of a comprehensive, public safety response. Leveraging A.I. solutions can assist our callers to connect with the help they need while ensuring 9-1-1 dispatchers remain available to quickly answer emergency calls for service.”

Researchers and the city team members also saw opportunities to optimize how responders were being dispatched to emergency scenes. By tracking vehicle locations and equipment utilization, new software solutions could help improve emergency response times and effectiveness. And, once on-scene, items like drones and other connected devices could be used to assess and secure a quickly unfolding situation, aiding in personnel safety.

Finally, city officials and the researchers identified a need to strengthen partnerships with members of the community to ensure that highly responsive emergency and non-emergency services are distributed equitably throughout the city. The NSF grant calls for developing a series of workshops with residents and conducting community surveys. Information taken from that feedback can be analyzed to help guide future policies and operations.

“Past projects have demonstrated the value of city-university partnerships, and I am thrilled to see our collaboration continue through this proposal” said Keith Durbin, chief information officer and director of IT services for the Metropolitan Government of Nashville and Davidson County. “This is a great example of a project need supported through existing data insights and guided through a community driven methodology.”

Teams working on NSF CIVIC pilot projects like this one can apply for a second phase of the program in early 2023. Successful projects will receive one-year, $1 million grants to implement their solutions.

“This proposal is a great example of taking a community-centric approach to utilizing innovative technologies to increase government efficiencies,” said Colleen Herndon, division manager in data, GIS and analytics for the Metropolitan Government of Nashville and Davidson County. “This truly reflects Metro’s efforts to prioritize equity and accessibility as integral components of city projects.”